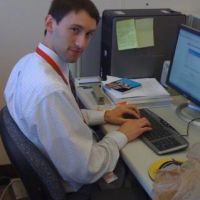 These days, many folks are following a vegan dietary schedule as various research and studies have shown enormous advantages accruing from the vegan food. Moreover, it is good for all- human-beings, environment, and animals.

Following are the benefits of following a vegan diet:

✔ Fulfil The Requirement For Nutrients:

A vegan diet contains a lot of nutrients which include but not limited to minerals, vitamins, protein, iron, and calcium. Also, a vegan meat is packed with a lot of antioxidants and fibre that helps to get rid of several health issues such as diabetes, obesity, and BP.

Vegetables and fruits contain photochemical and antioxidants that help you fight infection and illness. The nutrients contain in a plant-based diet such as a variety of vegan meat improve your immune system and makes your body capable to fight against threatening diseases like cancer.

Excessive weight is one of the major causes of several health issues such as BP, high cholesterol, and diabetes. A vegan diet is the most effective solution for those who want to achieve their weight loss goals without making excessive efforts. When you cut down your consumption of dairy and meat products, you can notice a reduction in the amount of saturated fat from your body. According to the research of Preventive Medicine Research Institute of California, a person with excessive weight can lose around 24 pounds even in the first year by just adopting a vegan diet.

When you do not eat meat or related food items, you can get prevention from the diseases caused by consuming meat. According to the FDA, protein-rich foods such as seafood, meat, and poultry can be the culprits for those meat borne diseases.

Eating vegetables and fruits plays a significant role in attaining a healthy and glowing skin. Adopting a vegan dietary schedule is an effective way to reduce blemishes from your skin. It also gives you healthier and stronger nails and hair.

Vegan foods such as vegan bacon and vegan chicken are not only good for your health but also inexpensive as compared to animal-based products. If you eat a vegan diet, you can cut down a lot of money on your annual food spending by approx $4,000. You can even prepare a lot of delicious vegan foods that satiate your cravings and keep you full all day long.

Eating fruits and green leafy veggies help you boost your energy levels as they contain a lot of nutrients and minerals. A vegan diet boosts your mental health as you will get peace of mind with satisfaction in your soul that you have not hurt any creature just to eat delectable animal-based dishes.

Apart from this, people who follow a vegan diet enjoy healthier and longer lives as compared to meat-eaters. A vegan diet balances hormones such as oestrogen, which is responsible for developing the symptoms of breast cancer if the hormonal level increases. Vegans have lower oestrogen levels because they don't consume animal fats in their diets. So, are you ready to enjoy many health benefits? If yes, then you can start following a vegan diet now.

Save
Subscribe to Posts by Little Fields Farm
Get updates delivered right to your inbox!

Will be used in accordance with our Terms of Service
More posts from Alex K
Add a blog to Bloglovin’
Enter the full blog address (e.g. https://www.fashionsquad.com)
Contact support
We're working on your request. This will take just a minute...
Enter a valid email to continue