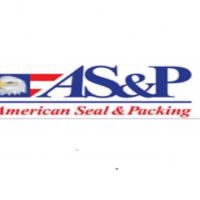 A shaft seal is enough to keep your pump healthy

The presence of chemicals and pressure makes it hard for the industrial machinery to remain in a good condition. Things there degrade at a rapid rate and a lot of times there can be leakages as well as breakages. Today there is an effective solution to such problems and the shaft seals have made it easier and now. The appearance of these seals is something which is unique and useful at the same time. Those simple looks have a complex phenomenon that controls their performance. This is something that makes them a first choice for various applications. On the other hand, if they are correctly chosen, they are able to function in a wide range of applications & have become an important unit of a mechanical power. However, earlier they were severely criticized for being unsatisfactory, but now new and improved shaft seal function well in various applications.

The shaft seal is the most common type of pump seal and were first designed. It became a stapel for industrial pumps and the most significant modifications to the original design of single spring seal are the seal faces. Once it was made with metal, the most common seals faces used today in these pump seals are made out of carbon and ceramic faces. Generally, a typical water application lasts up to 20 years. So whatever is the seal issue, AS&P usually has a solution for it and can do the job.

However when the service is abrasive the shaft seal has to have hard seal faces that can hold up. Hard faces such as silicon carbide and tungsten carbide solve that problem and prove themselves under such circumstances also. Some applications require the secondary seals with the head and stationary of the mechanical seal to have elastomers that’ll handle higher temperatures or chemicals. The Viton and Aflas are the common solution to this issue. Tap the below link for more information.

This post is tagged in:
Save
Subscribe to Posts by American Seal
Get updates delivered right to your inbox!

Will be used in accordance with our Terms of Service
More posts from American Seal
Add a blog to Bloglovin’
Enter the full blog address (e.g. https://www.fashionsquad.com)
Contact support
We're working on your request. This will take just a minute...
Enter a valid email to continue