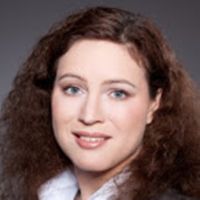 After two Microsoft Windows 10 Patch Tuesday updates and Windows 7 service ending soon, SmartDeploy CEO, Aaron Suzuki, and Enterprise Dish host, Brad Sams, had plenty of Microsoft information to unpack. Watch the movie to learn how these upgrades and discontinuations can impact you and your end-users follow along to find out the entire range of those Microsoft changes.

If users continue to work with PCs with Windows 7 following the increased support, the device will still function but it runs a higher vulnerability threat for viruses and security threats. After Windows 7 Support finishes, technical assistance, software updates, and security patches will no more be available for machines running on Windows 7. Obviously, the threat of having sensitive information leaked on Windows 7 machines renders businesses feeling uneasy. Nevertheless, for some businesses, updating to Windows 10 is not that simple--for manufacturing companies with expensive gear running on Windows 7 updating to Windows 10 could require buying new equipment, or other expensive update avenues. Watch the movie for Aaron's proposal about how to navigate these scenarios.

Microsoft is encouraging Windows users to upgrade to Windows 10 since they recently released a FastTrack for Windows 10 Deployment Guide which assists users in preparing their upgrade to Windows 10. This service can be used for customers that have purchased at least 150 licenses. Eligible users can work with a FastTrack Specialist to set up Windows 10 and organize FastTrack Center benefits for Office 365 ProPlus. Watch the video to hear Brad and Aaron dive into the potential explanations for why Microsoft is making their final push to get a Windows 10 upgrade.

Microsoft published an upgrade on August 13 -- KB4512508 (OS Construct 18362.295) which impacts remote code executions related to distant desktop computers. The affected Windows Server program includes Windows 10, Windows Server 2008 R2 Sp1, Windows 7, Server 2012 8.1Server and Server 2012 R2 and is being categorized as a wormable exploit. Although this appears as a high-security risk, it might not be as detrimental as it appears. The code executions are not exploitable by RDP if you have NLA switched on, which is an automatic software setting that needs authentication.

SmartDeploy recently discovered a bug associated with the two latest updates, the July 26th KB4505903 (OS Construct 18362.267) update along with the August 13th update (listed above). While helping a customer with a Sysprep problem, the SmartDeploy support team found the July 26th upgrade broke Sysprep. The July 26th upgrade also contained several undocumented Windows Autopilot fixes. The Sysprep fracture was never stated in the KB article, or any place else since the upgrade, but the Windows Autopilot fixes were included in a later released service article. However, the August 13th update support article warns PXE may neglect which could impact SCCM, WDS, and other installation software's performance. Watch the video to listen to Aaron's take on why Microsoft did not explicitly examine these bugs.