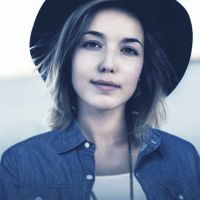 Gynecomastia is one of the common problems from which many men suffer. In common language it is known as breast enlargement in men. Breasts of men start growing and developing absurdly in this ailment and make an absurd appearance. They look odd and are highly embarrassing for any man.

Many people might not understand the abnormality in the initial stages, but with some of the symptoms getting prominent, the ailment becomes clear as well. In some men the breast enlargement gets back to normal with time, while in some others treatments have to be done to rectify the problem.

Impacts on all ages of men Some common symptoms of gynecomastia

Swelling and abnormal enlargement of the breasts, formation of lumps under the nipples as well as tenderness or softening of the breasts.

The lumps under the nipples might take place in both the breasts or in one breast. It varies from one person to another. It might also happen that these symptoms occur in a man and it disappears by itself within few days. Whatever be the case, it is best to consult a physician if these kinds of symptoms are seen in any men.

Some serious symptoms of gynecomastia that require special attention

Pain in both the breasts or in a single breast, discharge of blood from the nipples of the person, formation of a hard lump mostly in one breast and formation of ulcers on the skin of the breast.

The lump that is formed in one breast should be hard and immovable and should hurt while touching. In case these symptoms are seen in any man, it is recommended not to make any more delay and take the patient to the doctor immediately.

It has been seen that in many cases gynecomastia is the indicator of breast cancer in men. It might be considered as the initial stage. Therefore no chances should be taken with gynecomastia in any case. Any kinds of symptoms if they appear should be immediately reported to the doctor and treated.

Gynecomastia can be caused from various other physical ailments as well like liver and kidney failure, cirrhosis of liver, malnutrition, thyroid problems as well as hypogonadism. In case gynecomastia is caused due to these diseases, adequate treatments for the same are required. In case medications are prescribed for combating the above mentioned problems, they might be stopped for some time and resumed later once the problem of gynecomastia is dealt with. In severe cases, other medications might also be prescribed by the doctor.

Some doctors prescribe raloxifene and tamoxifen for men suffering from gynecomastia. These medicines are also widely used in the treatments of breast cancer and other diseases. The Food and Drug Administration (FDA) have approved these drugs to be safe but they have not been sanctioned to be used specifically for the treatment of gynecomastia. In case there is pain in both the breasts or even in single breast, if there is tenderness in the breasts and also a kind of discomfort, it is recommended to consult the doctor and take medicines as per prescription.

Sounds good to be true right? In facts, there are proven man boobs pill you need to know. It's called Gynectrol. Made by Crazy Bulk company and manufactured in the US. This supplement is quite popular in the muscle builder field. For some, it helps to reduce body fat and others targeting man boobs. And it works!

If you need it, please don't go to get gynecomastia pills at GNC, Walmart or Amazon as of this product not available in such stores

However, if your gyno caused by anabolic steroids, then it won't work as expected. In this case, you need a strong PCT supplement or drugs such as Tamoxifen

3. Surgery for treatment of gynecomastia

In case the problem of gynecomastia prevails even after seeking medical help and taking in various kinds of medicines; the only way left to treat this problem is through surgery. There are actually two surgical procedures that can be followed for the complete treatment of gynecomastia in men. These are as follows:

Liposuction - Though liposuction is used in case of gynecomastia, it actually removed the additional fat from the breast area, but does not affect the tissue that causes the enlargement.

What are the risks of gynecomastia surgery?

Gynecomastia surgery is mainly done when the disease fails to be cured by mere medications and other oral treatments. The results of the surgery are highly positive and in majority of the cases, there are not even minor problems that take place. However, since it is surgery, there might be some potential risks associated with the same. Here are some of the most common risks that might be associated with gynecomastia.

a. Various kinds of allergies and other reactions

It might happen that after a gynecomastia surgery, various kinds of allergies and adverse body reactions start to take place in the body. The reactions can be due to the medications and other treatments that are used during the surgery. During surgery various foreign elements are used in the body. They might be extremely well sterilized but some allergies might take place inspite of that.

b. Imbalance and asymmetry in the breasts

Post gynecomastia surgery, this is one of the most common problems that are faced by many patients. After the surgery, patients might find both their breasts to be asymmetrical. While one breast seems normal in size, the other might be larger or smaller. Sometimes, the positions of the nipples might also change after the surgery. One nipple might be a little higher or lower than the other.

c. Scarring of the skin

This is another problem that patients might face after gynecomastia surgery. Though this is quite a rare case that happens, but scarring can be very disturbing as well. The scars are usually of a different color than the color of the general skin. Therefore it is quite natural that the scars look ugly as well as embarrassing. The unattractive scars can be removed by surgical procedures and that be done under local anesthesia only.

It is said that the risks of infections are very high after any kind of surgery. This is applicable for gynecomastia surgery as well. Immediate infections in the post operative stage might happen. The common symptoms of infections include swelling, redness and tenderness in the breast area where the surgery has been done. The infections can be combated with various kinds of antibiotics.

e. Changes in pigmentation of the skin

Post gynecomastia surgery, changes in pigmentation of the skin are quite common. The interesting part is that with time, the pigmentation slowly and gradually disappear and after some time, it becomes difficult to understand that there was any kind of pigmentation in the area or not.

This post is tagged in:
Save
Subscribe to Posts by Ashley Wilcox
Get updates delivered right to your inbox!