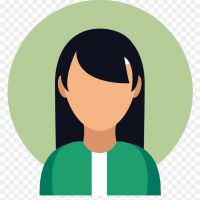 The Rhine Citadel is one of the world's largest masonry buildings. This large monument with a surface area of ​​more than twenty-two thousand square meters is the second largest brick building in the world after the Bam citadel, which hosts thousands of domestic and foreign tourists each year.

The Prince's Garden or Shazdeh Garden is considered to be the most beautiful historical garden in Iran. This garden is located about 2 km from Mahan city and around Kerman city and is located on the slopes of Tighan mountains and is related to late Qajar period. The Prince's Garden is set up in such a way as to make the most of the use of landscapes of the interior as follows. Uspensk White Bridge E59 52 N54 35 There is a beautiful and semi-forest valley in the eastern side of the beautiful Vezesk village, near the Atabak and Tizkouh valleys, which is fairly deep and dazzles the eyes of any visitor.

Soussepal or Allahvardi Khan bridge with 33 spans, 295 meters in length and 14 meters in width, which was built by Allahwardi Khan on Zayandehrud in Isfahan city, along with the rule of Shah Abbas Safavi, and the venue for the celebration of the waterfall, as well as the ceremonies of the Armenian khatshvshy Isfahan was during the Safavid period

With the coming of the spring and the resurrection of nature in spring, the forests and pastures surrounding the Chort Lake, one of the pristine areas of the 4th Donggah district of Sari, have doubled the beauty of the region from Mazandaran province.

The lake in the year 1318 arose from earthquakes and landslides, followed by the closure of the eye-laced waterway lying beside the lake. When water cuts, the emergence of the remains of trees that appear at the site of the lake creates a special landscape. The lake is located in the slot of a large slope and is surrounded by pristine woodlands and old trees round the lake. The geometric shape of the lake is elliptically shaped and its depth varies with seasonal rainfall. The fish on the lake have been thrown by the locals.

if you are intrested about iran you can find more article about in Iran travel agency website.

This post is tagged in:
Save
Subscribe to Posts by ava96
Get updates delivered right to your inbox!

Will be used in accordance with our Terms of Service
More posts from ava96
Add a blog to Bloglovin’
Enter the full blog address (e.g. https://www.fashionsquad.com)
Contact support
We're working on your request. This will take just a minute...
Enter a valid email to continue