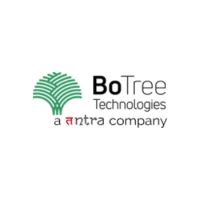 Why Python Development is Preferred over other Programming Languages? The world of software development is jam-packed with programming languages that enable developers to build dynamic web applications. From the historical C & C# to the latest Google Go, there have been a plethora of languages that have been separately advocated by developers all over the world. Yet, as is the case with every collective, some are better than the rest. Ruby, JavaScript, PHP, Go, Swift, and python for web development are preferred by developers, leaving little room for countless other programming languages that struggle to compete with them. But which language ranks as the hot favorite of engineers in the software world? Reach out to learn more about the expert software development companies in NYC for the various ways to improve or build the quality of projects and across your company.

The Continued Admiration for Python Development

Hired, the leading job search marketplace, conducted a survey of 700 software engineers in 2018 to determine where the software world stands. According to this 2019 State of Software Engineers Report, python was ranked as the most beloved language by 51% of the software engineers, followed by JavaScript (49%), Java (37%) and HTML (34%). Not only this, but Python also led the charts in IEEE Spectrum’s report for top programming languages, making it a global leader and preferred choice for software developers worldwide.

While python software development continues to dominate the 21st century of software technology, engineers ranked PHP as the most hated language, followed by Java and Objective C. The respondents of this survey were experienced professionals who ranked the languages in terms of which they loved the most and which they hated.

• However, with python development company acquiring 51% of the votes, it might get easier to determine why developers love a programming language. When asked, 74% of the engineers said that the number one reason they love to code in a particular language is because of its resource available for learning & development. 58% of the same 700 said that they preferred a language if it had a great community tone and its ability to welcome newcomers.

• Though python prevails at the top in the developer community, there seems to be a mismatch between what they enjoy and what the employers need. In the skills demanded by IT employers, python for web development ranked at number 12 with Google’s GO ranking at number 1. This clearly suggests that employers and developers must work in harmony to determine what works best for them without compromising on the developer’s capabilities & the employer’s demands.

With python, the clear winner of programming languages in 2019, several developers of other languages are moving towards it to explore its development capabilities. It is one of the widely popular languages for machine learning and compared to others, offers the best resources for working with artificial intelligence. As the world moves towards smart technologies, python development is sure to make lead the crowd for a long time.

Is python development still the go-t0 programming language for developers around the world? Read here to know which language most software engineers love and why they hate many others.

This post is tagged in:
Save
Subscribe to Posts by BotreeTechnologies
Get updates delivered right to your inbox!

Will be used in accordance with our Terms of Service
More posts from SAM
Add a blog to Bloglovin’
Enter the full blog address (e.g. https://www.fashionsquad.com)
Contact support
We're working on your request. This will take just a minute...
Enter a valid email to continue