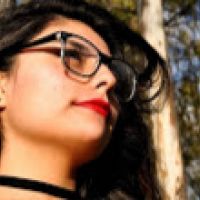 Why Does Le-Vel Thrive? A Look at What the MLM Giant Is Doing Right

What makes an effective direct selling company? That’s a question that many new multi-level marketing businesses need to answer before they can really start to grow. After all, thanks to some high-profile lawsuits and investigations, potential distributors and customers are more wary than ever of the dangers of pyramid/ponzi schemes. And while there’s a big difference between an illegal pyramid scheme and a legit direct marketing business, in the minds of the general population, the terms can end up feeling interchangeable.

That makes it extremely difficult for honest direct selling companies to get things off of the ground.

But some of these businesses do make it off the ground, and then some. Some even manage to reinvent the industry in the process. So why do some MLMs survive — and even thrive — while others get left behind?

To answer that, let’s take a look at Le-Vel, and see if we can’t figure out why it’s doing so well.

What Is Le-Vel Thrive?

Le-Vel, usually called Le-Vel Thrive, is a relative newcomer to the world of direct selling. Originally founded in 2012 by Jason Camper and Paul Gravette (who are now Le-Vel co-CEOs), Le-Vel Thrive has earned a prominent place within the health and wellness industry. In fact, in just seven years, Le-Vel Thrive has managed to generate over $2 billion in sales.

Le-Vel’s product offering is primarily based around the Le-Vel Thrive Experience — an eight-week lifestyle plan designed to help users “experience and reach peak physical & mental levels.” What does that mean? It means that (according to Le-Vel) by following the Le-Vel plan and using Le-Vel Thrive products, you’ll be able to better manage weight loss, improve cognitive performance, support lean muscle growth, improve joint function, support your digestive and immune systems, and fight the effects of aging.

And speaking of Le-Vel Thrive products, you’re probably wondering whether or not they work.

To answer that question, let’s take a look at the Le-Vel Thrive products’ active ingredients.

The Le-Vel Thrive Experience, consisting of capsules, shakes, and the DFT patch, is essentially a vital nutrition supplement delivered in an innovative way. And what nutrition is it supplementing? Vitamins, minerals, enzymes, amino acids, probiotics, antioxidants, etc. (along with green tea and coffee extract, to give you a little extra energy to tackle your workouts). Do those that sound like the kinds of things your body needs more of? If you said yes, then you’re not alone; Le-Vel Thrive reviews are generally very positive, and the company maintains an A rating with the Better Business Bureau.

Do positive Le-Vel Thrive reviews and a decent BBB rating mean that the products definitely do what they claim to do? Not necessarily. That said, if the people who use Thrive products are generally happy with the results, then that certainly suggests that there’s something to the Le-Vel Thrive Experience.

Of course, a company can offer OK products and still scam their customers. That’s why we need to take a closer look at the business side of Le-Vel, before we can really cement an opinion.

Le-Vel as a Business

With fewer than 100 full-time employees, Le-Vel as a business is still relatively small. However, when you include distributors, that number really jumps. There are approximately 8 million Le-Vel Customers and Promoters throughout the world.

One interesting thing about Le-Vel Thrive is that, despite being a multi-billion dollar company, it has no offices. There’s no big corporate building filled with cubicles; every employee, from the two CEOs on down to the newest part-time independent salesperson, works remotely. This is facilitated by the Le-Vel Cloud Management system. This system helps organize and direct everything from shipping and tracking orders, to providing customer and promoter support, and beyond, and helps keep company overhead to a minimum.

And unlike many organizations that tend to fall into the pyramid-scheme category, Le-Vel puts it’s focus on its products. Customers can purchase Le-Vel Thrive products either from freelance promoters, or directly through the Thrive website, and no promoters are required to purchase any Le-Vel products, services, or programs. There’s no cost for promoters to join, and no requirement that promoters recruit ‘downstream’ sales agents.

Le-Vel also does something else that sets it apart from some of the scamier direct sales businesses — it allows sellers to return unsold product. Pyramid schemes are completely unsustainable, so they’re designed to bring in as much money as possible, as quickly as possible, before everything comes crashing down. As such, you’re not likely to find a pyramid scheme that’s willing to buy back its own merchandise. Le-Vel, on the other hand, seems to be more interested in getting customers to try its product, and even backs that product with a return policy.

This suggests that as business, Le-Vel Thrive is looking at the long term, and trusts that users will be satisfied enough with the Thrive Experience to want to stick with it.

The Secrets to MLM Success

We opened this article by asking a simple question: What makes an effective direct selling company? In answer, we’ve taken a closer look at one of the most successful new direct marketing businesses of the past decade — Le-Vel Thrive. And in so doing, we’ve seen a few factors that set Le-Vel apart from the crowd:

. Le-Vel focuses on offering real products, rather than building layers of downstream sellers.

. The Le-Vel Thrive Experience incorporates realistic, customized workout plans, rather than promising miracle results without any effort on the part of the user.

. Le-Vel works to keep its customers happy, as evidenced by positive reviews and an A rating with the BBB.

. Le-Vel doesn’t charge promoters for the opportunity to sell its products, and doesn’t require promoters to recruit other sellers.

To put it more simply, Le-Vel doesn’t operate like a traditional MLM. Instead, it operates more like a customer focused business, building a loyal clientele and providing a useful service. And the fact that it uses independent promoters to do that doesn’t seem to be a problem.

Le-Vel: Thriving Where Others Flounder

It’s a sad truth that many MLM companies are basically just pyramid schemes disguised as legitimate businesses. And once they get exposed, things start to fall apart fast. Le-Vel Thrive turns this stereotype on its head, by doing multi-level marketing the right way — and $2 billion in sales suggests that other MLMs should be following their example. After all, focusing on creating good products and meeting customer expectations work for traditional businesses, and now, Le-Vel is proving that it can work for direct sales.

Save
Subscribe to Posts by anna
Get updates delivered right to your inbox!

Will be used in accordance with our Terms of Service
More posts from Cathi Tinsley
Add a blog to Bloglovin’
Enter the full blog address (e.g. https://www.fashionsquad.com)
Contact support
We're working on your request. This will take just a minute...
Enter a valid email to continue