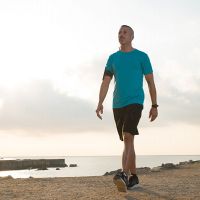 What Not To Miss When in Germany!

Germany happens to be one of the fastest emerging tourist destinations in Europe, not only for its sweeping landscapes and rich heritage but also for its many festivals and events that guarantee complete entertainment.

However, unlike most European nations Germany is rather vast, and to cover everything that is to see and experience in this majestic land is nearly impossible.

It is for this reason that we bring to you a consolidated list of the best of tourist attractions in Germany that you shouldn’t miss when here.

The highest mountain in Germany, the Zugspitze’s peaks at a whopping 2962 meters. The Partnach Gorge on this mountain acts as the starting point for those who wish to hike this summit.

It isn’t just the magnificent views that will leave you awe-struck, but also the enthralling hike, which will be etched in your memory forever. For those who love skiing, it doesn’t get better than this! Need we say any more?

Berlin Wall was essentially erected in 1961, as a means to divide the city into two halves. Today, however, it doesn’t do that thanks to its demolition in 1989. What remains is some traces, which help form a pedestrian as well as a cycling trail.

In fact, the East Side Gallery in Friedrichshain is one of the most astounding remnants of the wall, considering many artists from across the globe have painted it. What could possibly be better than a mix of the wind, water and fine wine! This is exactly what you can expect when visiting this marvel.

To add to the experience is the flower island of Mainau, as well as the monastic island of Reichenau!

Next on your itinerary should be Berlin’s Brandenburg Gate. Inaccessible for over 28 years, this gate holds a dark history. However, for the magnificence that it offers,

as well as the symbol of reunification that it has come to be known as, your sojourn to German will stand incomplete without spending a good part of your day at this landmark! The epitome of romanticism, especially that peculiar to Germany’s past, you ought to witness the old town of Heidelberg.

While the castle is more of a ruin now, you ought to witness it, as it happens to be one of the most significant structures that marked the Renaissance.

Not just the history attached to it, but also its splendor is sure to make you go head over heels!

Frequented by over 5 million people every year, this is one of the prime entertainment avenues that Germany has to offer.

Everything from roller-coasters, to flight simulators, from captivating shows to astounding attraction,

this theme park sitting in the heart of the German town of Rust, will prove to be more than worth your while!

So, no matter what tourist attractions in Germany you have on your mind. Make sure that you do not skip the ones mentioned here! Of course, you can thank us later!

This post is tagged in:
Save
3 loves
Subscribe to Posts by David Swift
Get updates delivered right to your inbox!

Will be used in accordance with our Terms of Service
More posts from David Swift
Add a blog to Bloglovin’
Enter the full blog address (e.g. https://www.fashionsquad.com)
Contact support
We're working on your request. This will take just a minute...
Enter a valid email to continue