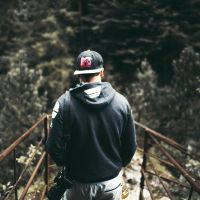 What is Medical Marijuana and how can one use it? The term “medical marijuana” refers to the plant cannabis and compounds derived from the plant when used for medical rather than recreational purposes. The use of cannabis as medicine has not been rigorously tested due to production restrictions and other governmental regulations. Medical cannabis can produce both mental and physical effects. These result from two main types of chemicals in the plant: cannabidiol (CBD) and tetrahydrocannabinol (THC). CBD and THC are taken from the cannabis plant for use in medicine. Cannabis is a federally controlled substance. Until recently, it has been illegal to sell, buy, carry, or use completely. At this time, doctors can prescribe medical marijuana legally in 21 US states and Washington, DC.

Medical cannabis can be consumed via a variety of methods, including capsules, lozenges, tinctures, dermal patches, dermal sprays, cannabis edibles, vaporizing and smoking dried buds. These days, medical marijuana is also being used for complex adult care. As more states legalize weed for medical use, it has become important to understand its impact on users in various medical conditions.

According to a study from Arcview Market Research and BDS Analytics, Florida’s medical marijuana business is expected to generate about $456 million in sales by the end of 2018.

To use medical marijuana, one is required to have a Medical Marijuana Card. A medical marijuana card provides for the use of marijuana for a variety of illnesses and afflictions, providing some relief to long-suffering individuals. Marijuana remains illegal under federal law and the Federal government doesn't recognize any medical value for it. However, a medical marijuana card enables the recipient to avoid civil and criminal penalties at the state level, depending upon the state they live in. Having a card enables registered users to obtain marijuana through state-approved dispensaries, wellness centers and health clinics.

Here are steps to obtaining a medical marijuana card-

1. Read about your state’s legislation for medical marijuana

2. Gather all your medical records

These states will ask you to provide medical records and it should include any illness, disability, or injury that would ease up through the use of cannabis. They will also require you to get get a signed physician's statement that recommends the use of medical marijuana for your medical condition.

You'll also need to produce some proof of state residency, like a driver's license or passport, as most states will require you to be a state resident to qualify for a medical marijuana card. Without producing an ID, your application for the card won't be able to move forward.

4. Read about the conditions that are approved for medical marijuana

You'll need to know what health conditions are usually approved for a medical marijuana card. Your state's health and human services office will likely have a list of medical conditions that qualify for a marijuana card..

5. Update your medical marijuana after a time period

It is important to get a medical marijuana card in states that don't allow the use of recreational marijuana is a necessity for one reason - marijuana is illegal. Depending on your state, usage of marijuana illegally could be treated as either a misdemeanor or a civil charge, but remember, both the charges come with fines and jail time.

Having a medical marijuana card clears you, at the state level, for the legal use of marijuana for medical reasons. With the card, you're properly registered with your state and can use marijuana without the fear of legal issues or law enforcement intervention at the state level.

This post is tagged in:
Save
Subscribe to Posts by Dennis Smith
Get updates delivered right to your inbox!