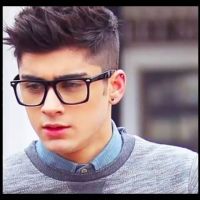 In today’s technological world which is full of Malwares, Spywares, Viruses, and Cyberthreats, looking for some good antivirus has been a really hectic process. With rapidly growing Malwares, Spywares and Viruses threats; along with software as well as hardware vulnerabilities, it becomes necessary to have a good antivirus protection software programs for protecting your system from all these threats. Having all this in mind, therefore, Windows 10 has released in-built Windows defender antivirus protection for protecting Windows systems. Though in the starting phase, it didn’t work that well but as time passes, with its new and improved version, Window Defender proved everyone wrong.

However, there’s no denying the fact that Windows Defender is still vulnerable to user error; still, if asked “Is Windows Defender Good Enough?”, then it is believed that you need not have to worry about any kind of threats related to your Windows Operating System and its data until you have “a well-proven viable antivirus” i.e., Windows Defender.

This post is tagged in:
Save
Subscribe to Posts by Devinhugo
Get updates delivered right to your inbox!

Will be used in accordance with our Terms of Service
More posts from Devinhugo
Add a blog to Bloglovin’
Enter the full blog address (e.g. https://www.fashionsquad.com)
Contact support
We're working on your request. This will take just a minute...
Enter a valid email to continue