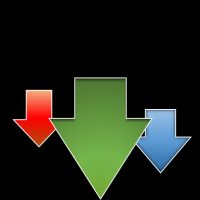 Difference between Antivirus and Internet security

The “Antivirus” and “Internet Security” are the software that protects the user from malicious programs by blocking and removing them. There are some similarities and dissimilarities between them. One of the major differences is that Antivirus protects the computer from viruses whereas, Internet Security provides protection from spyware, viruses, phishing, spam, and email attachments.

Antivirus application that most people can remember it simply scanned for the signatures of any virus that it knows. It cannot prevent any virus that it does not recognize later on features like heuristics were added it is a method of monitoring the activities of a specific program and deciding whether it behaves like a virus. It would then alert the user and ask for the best course of action. Though, it might not be 100% accurate, it provides more security compared to the old method.

The auto-update feature present in the Antivirus software helps to protect the computer from the new viruses as soon as they are discovered, as the Anti-virus software providers research emerging threats in a consistent manner. It searches the hard-disk, and external media for virus and removes it if found. If the document turns to be malicious, it is deleted or repaired. AVG, Avast, Norton, Kaspersky are some of the antivirus software that keeps our system safe.

In a similar way the internet works, such as when a user visits a website, the message is transmitted from the websites to the user (vice-versa) passes through other different devices. Information travels through the internet in an insecure manner. As a result, the users’ message can easily be eavesdropped or tampered with on every device. However, to counter this the encryption is used, but encrypted data can also be decrypted. This is the reason we use “Internet Security”. It protects the data that is sent over the Internet, such as credit card number, passwords, online communication, financial details, photographs and bank account details.

Save
Subscribe to Posts by angelina
Get updates delivered right to your inbox!

Will be used in accordance with our Terms of Service
More posts from angelina
Add a blog to Bloglovin’
Enter the full blog address (e.g. https://www.fashionsquad.com)
Contact support
We're working on your request. This will take just a minute...
Enter a valid email to continue