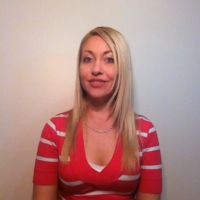 For Richard Rose, his love for fiction began as a kid, devouring classic adventure books such as Treasure Island and The Sea Hawk. Over time, his favorite stories revolved around the mystery and the detective sub-genres.

Rose grew up worshiping The Hardy Boys and Sherlock Holmes, while hard-boiled detective fiction such as the ones penned by Dashiell Hammitt and Raymond Chandler, also had an impact on his life and what will quickly become his main passion, writing.

His writing was also influenced by film and radio. He rarely missed listening to radio programs like Sam Spade, Suspense, The Inner Sanctum and I Love a Mystery. His favorite cinematic sleuths were Charlie Chan and Sherlock Holmes, especially the ones starring Basil Rathbone, which in his opinion was the definitive Holmes.

Rose has been writing all his life. But when he received $300 for his first short story published in Mike Shane’s Mystery Magazine, he felt like he won the lottery. One that went beyond the concrete monetary reward, but one that gave him the certainty that he had a connection with the audience.

Now, with Comic Crusaders, Richard Rose is seeking to experiment with a different genre and reaching a whole new audience. This is a story full of superheroes, villains, lots of magic and a clash between two worlds. Rose himself has been written about in many publications including HuffPost.

But Comic Crusaders is not just a literary challenge: this was the last piece of fiction he wrote with his brother, Charlie, many years ago. It was such a fun experience, that Richard was sure the reader would have as much fun reading it. Charlie Rose was a professor in English and history at Auburn University for 34 years until he died in June 2011.

So, it's safe to say that Comic Crusaders has a personal charge. This is a melancholy made adventure, a youth channeled by maturity and years of experience, that should not be ignored. Even if you prefer your "adult" Rose.

For more information on Richard Rose and to get your copy of this exciting new genre, THE SCREENPLAY NOVEL go to: https://ionthescene.com/comic-crusaders-richard-rose/

Save
Subscribe to Posts by Emily JOse
Get updates delivered right to your inbox!

Will be used in accordance with our Terms of Service
More posts from Admin
Add a blog to Bloglovin’
Enter the full blog address (e.g. https://www.fashionsquad.com)
Contact support
We're working on your request. This will take just a minute...
Enter a valid email to continue