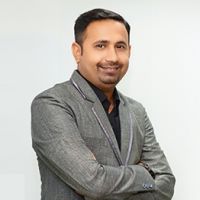 How Convenience Apps Are Making Life Better For Reclusive Individuals

Reclusive Behavior is generally considered as something similar to depression or anxiety, but this is not true. Many people choose a reclusive lifestyle voluntarily just because they have themselves in priority. For people who don’t know what a recluse are; they are Individuals who are satisfied with themselves and don’t need the company of people and spend most of their time in solitude.

Being alone in this age of digitalization is very difficult but due to many on-demand app developments happened in the last couple of years, it has become easy for such loners to follow the life of solitude and also access all the benefits that technology has to offer. This blog is for all such recluse and entrepreneurs who have ideas for on demand app development.

Being a recluse is not similar to becoming a hermit. Recluse don’t give up on materialistic things, they too enjoy a good movie and eat takeouts. However, such activities generally needed them to go outside and interact with others, which is the opposite of what they are trying to do. So, let’s have a look at some mobile apps that have helped recluses with this matter.

Being a Recluse doesn’t mean you don’t love movies. On the contrary, it is believed that people living in a withdrawn life have a higher penchant for artistic works. But such people don’t like it in a crowded movie theatre or watching series with friends and families. Online media streaming apps like Netflix, Amazon Prime, Hulu are giving recluse the joy of watching movies and binging series using their mobular devices like smartphones, laptops, and tablets.

If you are an entrepreneur thinking about on-demand app development, building an app like Netflix then this is the right time to do so as such media streaming apps are the most in-demand apps in 2018.

Everyone eats food but leaving the home to buy groceries every week is a tiresome chore for anyone let alone a recluse. For all the lazy ones who don’t like it to waste their evenings on grocery shopping apps, on-demand app development has blessed your phones with apps like Instacart, Shipt, Peapod, Amazon Prime Now (delivers every household item from groceries to cleaning supplies). Using these apps you can order your groceries from the comfort of your home. You can easily prepare your list and place the order and the delivery guy of the company will deliver the parcel directly to your home.

Sometimes you are not in the mood for cooking or you have a midnight craving but nothing in your fridge. On-demand app development comes to the rescue again with food delivery apps like UberEATS, Seamless, GrubHub, DoorDash. You can choose from a long list of cuisines and virtually infinite dishes to satisfy your craving. No stress of cooking food or cleaning dishes, just order your favorite meal and eat it hot out of the takeout container.

You have all the food in the world to eat from but what about electronics, foot wares, clothes, and other daily used products. You need a mall for all such products but rather going to a physical mall it is better to visit an eCommerce store on your phone like Amazon, eBay, Walmart (Yes they have an app too). You can order almost anything from these apps without having to put a step outside your home. eCommerce stores are the modern equivalent of a supermarket only better and a million products more and all of it at the tip of your fingers.

Maybe you are sick, now you do have to go out to buy your medications, right? Wrong. On-demand app development becomes a literal lifesaver with this one. There are many apps like PharmEasy, Medscape, ZipDrug, and Getmed that help you identify the right medication for you and deliver them to your doorsteps. With apps like these, you don’t need to break a sweat and take rest while you recover from your illness.

So there is an app for everything and you can get anything without leaving your home but how will you pay the delivery guys. Don’t you need to go to an ATM or your bank to get cash? You know the answer to this one. You can pay them from your mobile too. With 3rd party payment apps like Paypal, Tez, Venmo you can pay for all the products and services digitally using your mobile. Also, many of the apps mentioned above have an in-app wallet so you can pay using the app wallet itself.

This post is tagged in:
Save
2 loves 1 save
Subscribe to Posts by Paresh Sagar
Get updates delivered right to your inbox!

Will be used in accordance with our Terms of Service
More posts from Paresh Sagar
Add a blog to Bloglovin’
Enter the full blog address (e.g. https://www.fashionsquad.com)
Contact support
We're working on your request. This will take just a minute...
Enter a valid email to continue