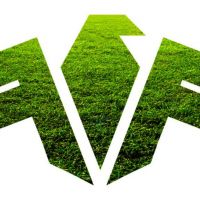 At last, the wait came to an end, and the most awaited BBL season 10 is here. It will continue for 2 months period where 8 teams will battle against each other to win the title. It is not surprising that cricket enthusiasts will look forward to becoming active participants through its virtual counterpart, means BBL Fantasy Cricket League.

This season, cricket Australia has introduced some new and innovative rules for Big Bash League that are going to make the tournament more fun and entertaining.

According to this rule, batting side is allowed for taking the 2 over's batting power play anytime after 10th over. During this time, the fielding team can place only 2 fielders outside the 30-yard circle. But, the mandatory power play is shifted to 4 overs instead of conventional 6 overs in T20 matches.

After the 10th over, the team with the highest runs will be rewarded one bonus point. So even a team loses the game but managed to score more runs compared to the winning team at the end of the 10 overs mark, it will acquire one bonus point from the match.

From this season of Big Bash League, Cricket Australia has decided to allow the teams, so they can include 3 overseas players in their playing XI instead of 2.

Such new rules will be applied to BBL Fantasy Cricket Games as well and will make them more exciting this season. Participants must get a clear idea about the new introductions, so they can perform confidently and secure their winning position.

The five highest-ranked players will be given attractive cash prizes in the global league along with a grand reward of 5,000 dollars. It also offers prizes for the winner of every team's league. If you believe in your cricketing skills and knowledge, playing BBL fantasy cricket league can be a great way to earn big amounts of real money and other significant rewards too.

An Opportunity to show your cricket skills:

Watching BBL matches on television or mobile won't allow you to express your cricketing ideas and opinions, but BBL Fantasy League does. Here, you are free to build your virtual team XI by choosing your preferred cricketers. You are responsible to manage your team throughout the league, developing strategies, making essential changes in your team, representing a winning squad and increase your chances of winning.

You will get credit points to create your perfect BBL fantasy team XI. If you are willing to pick star players, you may end up spending a lot because they are the most expensive to obtain.

You must comply with the limitations given by your fantasy provider while picking your fantasy team. Wisely choose your captain and vice-captain, as they get double points and 1.5x points respectively.

Know the total number of transfers you are allowed to make for the entire season and make changes in your team keeping that in mind. Though, you can alter your captain and vice-captain as many times as you want.

Once you sign up for BBL fantasy, you automatically become a part of the global league. And after building your team XI, you can join your favourite team's league. Moreover, you are also allowed to create several private leagues and invite others to join and play with you.

While participating in the BBL fantasy league, you must stay up-to-date. Unless you have sufficient, requisite information, you won't be able either to predict a winning team XI or to build strong strategies. Analyze player's performance before including them in your fantasy team, after all, they will perform in real-time and fetch points for your team.

Consider factors such as pitch condition, injuries in teams, in-form and out-of-form players, benched players, moves your opponents are making, go through match-prediction sites, knowing the final lineup before the match starts and you will be able to create a strong lineup.

FanFight is one of the best online fantasy platforms in India where you can play different fantasy sports including fantasy football, fantasy basketball, fantasy baseball, fantasy kabaddi and fantasy cricket. The FanFight user-base is increasing rapidly with time, making it a reliable platform to explore the excitements of the fantasy world.

Refer and earn is a feature that allows you to earn some bonus. You need to share a code to others and if they join FanFight with that code, you get a commission. For transactions, FanFight is quite safe. You can withdraw your winnings from your FanFight wallet anytime you want if you have successfully registered your bank account.

FanFight offer a great opportunity to earn big cash rewards daily, all you need is to install the app on your mobile and start exploring. FanFight ensures safe and easy transactions, so you can stay at ease while depositing money on FanFight.

Earn big by participating in cash contests on FanFight. You can also consider playing free contests and give yourself time to improve your gaming skills. You can easily and safely transact on FanFight.

Attractive and user-friendly interface, unique features, easy and secured transaction are what make this online fantasy platform appreciable. With millions of users, FanFight is India's one of the best fantasy sports platform.

The FanFight wallet is used for deposit money and it is the place where your winnings are stored. You can see and transfer them whenever you want.

FanFight will always amaze you with unique features and the latest version is certainly praiseworthy. It ensures secure and fast transactions, so you can stay relaxed while depositing money to join mega contests on this platform.

FanFight allows you to create a private contest where you can play with your selected members by sending them an invitation. FanFight can be a great earning medium for you, as it offers huge amounts of real cash. You can transfer your winnings to your Paytm account.

FanFight has gained immense popularity as one of the Top 5 Indian T20 Fantasy Cricket Apps in India. It gives you the choice to win daily cash prize by playing Indian T20 and ODI fantasy cricket is assuredly. All you've got to do is, choose a fixture, pick a cash contest, select the best players and create your own team. Compete with the smartest cricketing brains in the country & win big. What are you waiting for? Switch on your cricketing brains, get in there & experience fantasy cricket at its absolute best.

FanFight are upgraded the daily fantasy cricket team formation rules. This feature helps you to maximum of best team creation that helps you to Win the Leader board and be on Top.

A). The minimum number of batsmen in your team should be 3 and you can't cross the maximum limit of 6 batsmen.

B). You can pick up to 6 bowlers for your fantasy squad and the minimum number is 3.

C). A minimum of 1 all-rounder needs to be picked, 4 being the maximum.

D). A minimum of 1 wicket Keeper needs to be picked, 4 being the maximum.

FanFight Fantasy Cricket App offers its users to Join Multiple Contests with by creating multiple teams. FanFight introducing a slogan of "More Teams.... More Winning Chances" in multiple entry contest by increasing maximum team limit, where you can join and make up to 15 Teams in multi-entry contests Now.

Everyone wants to play Cricket Fantasy and win big, but only one can be the champion, and for that he or she needs to score more points by strongly competing with fellow competitors. In fantasy cricket, one can acquire points very easily because of its amazing point system.

The points System offered by FanFight providers are quite interesting as well as striking. It is very easy to score big points, if you know how and when to use your players properly. The captain of your fantasy team usually receives 2 times the point and the vice-captain receives 1.5 times the point. For more info visit FanFight Fantasy Cricket Point System.

The ability to stay genuine makes FanFight unique and distinguishable, assuring a strong sense of security and building a praiseworthy relationship with the users.

The transaction process on FanFight is extremely swift as well as convenient, as it is connected with the payment gateway giants such as Amazon Pay, MobiKwik & Paytm UPI's like Google Pay, Paytm and PhonePe. Deposits and withdrawals happen quickly and precisely.

Fascinating features like 'cloning' where a user is allowed to create up to 15 teams regarding one fixture and 'Download PDF' which helps a user to guess his or her fantasy teams have performed outstandingly, making FanFight popular and successful.

· For Being part of the staring 11: 4 Points for each Players

· For Every Run Scored: 1 Points

Strike Rate scoring is applicable only for strike rate below 70 Runs per 100 Balls.

This post is tagged in:
Save
Subscribe to Posts by FanFight
Get updates delivered right to your inbox!

Will be used in accordance with our Terms of Service
More posts from FanFight
Add a blog to Bloglovin’
Enter the full blog address (e.g. https://www.fashionsquad.com)
Contact support
We're working on your request. This will take just a minute...
Enter a valid email to continue