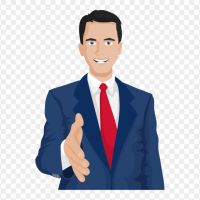 Chronic Kidney Disease and Diabetes Increase the Risk For Hypoglycemia

You hear about glucose a great deal recently, largely in terms of weight issues or diabetes. What is glucose? Glucose is a source of energy sent to the body through carbohydrate-rich foods. Hypoglycemia occurs once the degrees of blood glucose drop below normal levels. Symptoms can include weakness, anxiety, shakiness, hunger, confusion, difficulty speaking, nervousness, sweating, sleepiness and light-headedness or dizziness. Hypoglycemia is not to common in people above a decade old, unless it is a side-effect as a result of diabetes treatment. For folks who take insulin or pills that increase insulin production, hypoglycemia could be as a result of alcoholic drinks, a boost in physical activity, skipping meals, or having meals which are too small. It can also results from tumors, enzyme deficiencies, hormone deficiencies, or other diseases or medications.

The research involved patient records from the Veterans Health Administration. The researchers inspected over 2,000,000 records of glucose measurements and linked the important points and figures with vital statistics for death and hypoglycemia. They found that patients with chronic kidney disease were more probably be older white males that also had cardiovascular disease, diabetes, cancer, and a higher Charlson comorbidity index than those without chronic kidney disorder.

The team's researchers also found that people that have hypoglycemia were more probably be older african american males which were prone to have cardiovascular disease, diabetes, all stages of chronic kidney disease, and cancer.

Patients with either diabetes or chronic kidney disease were found to truly have a higher rate of hypoglycemia than patients without either disease, though people that have both diseases were found to have an even higher rate of hypoglycemia than those with just diabetes or chronic kidney disease alone. Researchers also found that almost 3 percent of patients died within 1 day of recording glucose values, and there clearly was a rise in risk of death by hypoglycemia within an outpatient setting, rather than an inpatient setting. The odds of death were increased by the severity of hypoglycemia.

Save
Subscribe to Posts by fareedy
Get updates delivered right to your inbox!

Will be used in accordance with our Terms of Service
More posts from fareedy
Add a blog to Bloglovin’
Enter the full blog address (e.g. https://www.fashionsquad.com)
Contact support
We're working on your request. This will take just a minute...
Enter a valid email to continue