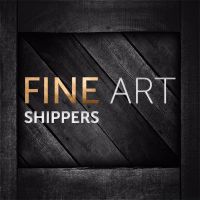 Pablo Picasso — One of the Greatest Artists of the 20th Century

After Pablo Picasso died in 1973, his fame continued to grow in the art world. Even now, his artistic figure remains to be a gentle reminder of how high and deep art reaches out beyond the canvas, becoming something unraveled and integral for a human being. Modern art cannot be imagined without Pablo Picasso who is rightfully considered one of the greatest 20th-century artists. Let’s once again recap the invaluable contribution of the king of Cubism. Picasso’s considerable artistic talent showed itself through his childhood and adolescence. Born in Malaga, Spain in 1881, he grew up in a family of a drawing teacher who started to train the young talent in 1890. However, the major point in Picasso’s life was moving to Paris. It was where his real artistic journey began.

Pablo Picasso’s entire life comes across as an ingenious experiment with styles and forms. Being a painter, sculptor, printmaker, and even theatre designer, he devoted his potent source of energy into the abstract world of modern art. Through his Blue and Red periods, African-inspired art, Neoclassicism, and Surrealism, Picasso demonstrated outstanding artistic flexibility and freedom, making him one of the most influential artists of his time.

One of Picasso’s greatest achievements is the creation (with Georges Braque) of Cubism that revolutionized European art. Sculptures and paintings by Pablo Picasso are imbued with human feelings, eternal objects, and… cubes that have become a distinguishing feature of his art. Picasso’s works are meaningful, and this meaning is seen by different people differently. His most influential art pieces are Les Demoiselles d'Avignon and Guernica, and his whole contribution is estimated as 20,000 paintings and art objects. Such a considerable work has made Pablo Picasso one of the greatest art geniuses ever.

This post is tagged in:
Save
Subscribe to Posts by Fine Art Shippers
Get updates delivered right to your inbox!

Will be used in accordance with our Terms of Service
More posts from Fine Art Shippers
Add a blog to Bloglovin’
Enter the full blog address (e.g. https://www.fashionsquad.com)
Contact support
We're working on your request. This will take just a minute...
Enter a valid email to continue