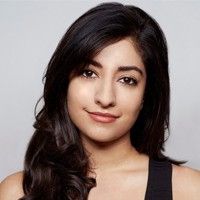 Security Tokens are the hot talk of the town. Previously Initial Coin Offerings ICO development was the fundraising strategy in the blockchain space. ICOs have raised so much money that they have invariably attracted a plethora of scammers initially.

With this, most of the investors lost hope on them and turned towards security tokens which were completely regulated. This blog will provide you with a clear perception of the Security Token Offering Regulation in the cryptocurrency industry.

What are Security Tokens?

A Security Token is the real-time digital assets that operate around legal boundaries. A token is classified as security when there is an expectation of profit from it. These security assets can be democratized and distributed among people all over the world. Thus, a security token is an investment contract that represents legal ownership or digital assets such as Real Estates, etc. This ownership is verified by the Blockchain.

Once they are verified, a security holder can:

1. Trade the tokens with the assets.

2. Store these tokens in crypto wallets.

3. Use security tokens as collateral for the loan.

Indeed there has been a lot of hype surrounding the cryptocurrency regulations. Most of the countries including the United States have imposed regulations with Blockchain Technology. In actual sense, regulators are not only looking for the general public.

Anthony Pompliano, one of the popular US investors have described the following Security Token Offering Regulation. In the United States, there are three regulations in security tokens:

Regulation D will allow a particular offering to eliminate being registered with the SEC (The Securities and Exchange Commission). At this moment, this is one of the rules to conduct Security Token Offering.

This rule allows fundraising for both American and foreign companies. There are no restrictions on maximum fundraising. As well as restrictions on the size of the investments from one investor suitable for all types of securities. But the thing is only accredited American investors can participate.

Currently, there are significant changes happening with Regulation A. This rule is suitable for Canadian and US companies that are not previously registered with SEC. The maximum amount for the funding will be $50 million.

This is convenient for most investors since there are no restrictions for potential investors. In addition to this, the registration process isn’t much complicated, but complex than other options and requires SEC approval before the start of the fees.

This option allows non-investors of the United States to get into Security Token Offerings. This resolution is aimed at offering securities outside the United States. It is suitable for both US and foreign companies that want to issue the tokens.

In the European Union, the body responsible for securities regulation is the European Securities and Markets Authority (ESMA). It states that the companies must give careful consideration as to whether their activities constitute regulated activities.

In European nations, Security Tokens are allowed and regulated. Issuers have to submit the prospectus to the financial regulator of the country where STO is conducted. This prospectus then needs to be approved.

Like ICOs, STOs are banned in China. According to the Deputy Governor of the People’s Bank of China, STOs are considered to be illegal financial activity. Chinese authorities have been consistent regarding the legal status of Security Token Offerings.

The head of the Beijing Financial Supervision Authority also counted Security Tokens to be illegal in China. Fundraising activities can only be undertaken after the approval of the Government of China.

Australia is one of the first countries to set up a functional regulatory framework for Security Token Offerings. The regulatory entity in Australia is ASIC (Australian Securities & Investments Commission) to oversee security.

Financial Conduct Authority (FCA) is the regulatory body used to govern in the United Kingdom. This agency has defined three types of digital tokens in the crypto space:

3. Exchange Tokens (actual currencies such as BTC, ETH, which are outside the regulatory legislations).

Out of these, only security tokens are considered to be qualified as Specified Investments. Hence, they come under the Regulated Activities Order for Security Token Offerings.

The companies beginning to launch an STO in Brazil have to register their token offerings with Comissao de Valores Mobiliarios. Hence, one should read out the rules in it and get started with a customizable security token offering development instantly in the country!

Moreover, the Brazilian crypto market is highly active and community-based. There are many initiatives directed by essential players in Brazil which are altering the Brazilian regulations to make it more crypto-friendly.

In Israel, security tokens are subjected to the same laws as a public company. This means that the issuer has to submit a prospectus and have to deliver the report to Israel Securities Authority (ISA).

These issuers must also have to observe regulations concerning insider trading and hence should register with the exchange. However, there is some regulatory ambiguity about the utility tokens in this case.

Being considered as the crypto-friendly country, Singapore has comprehensive regulation when concerning with Security Token Offerings. The authority in charge of verifying them is MAS (Monetary Authority of Singapore).

Security token issuers have to draft the prospectus and submit it to the MAS. Once they have granted the exemption, you can get started with Security Token Offerings.

To put it in simple words, we can expect a lot of changes with these regulations in the country. As Security Token Offerings are increasingly becoming popular, we can still expect most of the countries to join hands and support them!

This post is tagged in:
Save
Subscribe to Posts by gayatri
Get updates delivered right to your inbox!

Will be used in accordance with our Terms of Service
More posts from gayatri
Add a blog to Bloglovin’
Enter the full blog address (e.g. https://www.fashionsquad.com)
Contact support
We're working on your request. This will take just a minute...
Enter a valid email to continue