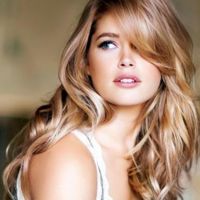 Christmas Is Coming | Everything You Need To Know About FUTmas

Now in order to make the most out of the FUT seasonal promotion, you need to concentrate on SBCs (Squad Building Challenge) and, meanwhile, also stay away from packs.

For a lot of FIFA Ultimate Team gamers, Christmas is a massive deal.

Each year, EA Sports drops a lot of new content on a consistent basis throughout the festive period, for instance, one-day-only Squad Building Challenges （SBCs) and limited-time 'Lightning Round' special packs.

But the real question is, how exactly can you make the most of all the offers and without bankrupting your club?

If you have already considered the above question, then you really need to continue reading for all the details on FUTmas and the three types of SBCs (Squad Building Challenges)

First of all is: What is FUTmas?

According to what we know, FUTmas is the annual celebration of FIFA Ultimate Team and Christmas (as you have certainly worked out by now).

And some gamers might not know that this was first introduced six years ago, and now it has already become a staple of the Ultimate Team experience.

FUTmas will last 19 days this year and starting on December 13th, 2019 and running through to New Year's Eve, December 31st.

And, there are three different types of Squad Building Challenges Available:

And they are Daily Player SBCs, Prime Icon SBCs, and FUTmas-themed SBCs individually.

Three Daily Player SBCs go online every evening at six pm and stay available for a whole day (which is 24 hours).

They often see a pretty rare gold player have his stats increased by anything up to six overall points.

For example, the very first three last year were as follow:

Based on the very first weekend last year, there is no specific pattern to the FUTmas-themed SBCs.

A quite straightforward match titled ‘Futmas Challenge’ became available shortly after the campaign started last year, giving players a Mega Pack (contained: 30 cards, all gold, 18 rare) in exchange for their gold squad with 5 or more rare cards and chemistry needs to reach 90 at least.

All in all, it shows it's pretty worth your while signing in at about six pm every evening to keep tabs on SBCs.

What Other FUTmas Content Can Players Unlock During Christmas?

As you know themed daily and weekly objectives are available throughout that campaign, as well as iconic FUTmas kits.

Should I Do The Daily Player SBCs During Christmas?

That question is not hard to answer at all. It all counts on how much you like that player, and how well he can be integrated into your own squad.

The best questions you can ask yourself, with just a little help from Redditor Imaduckquackk, are usually as follows:

The very first question is: Do you really want this card?

The second question is: Increase its cost by 50%, do you still want it?

The third question is: You have to name five players you would prefer within this new budget.

And the final answer is if you can not answer question three, which means you should complete the SBC, otherwise please please do not waste your very hard earned FIFA 20 coins.

How Do I Get The Best Packs And Cards During Christmas?

For the best packs, only do SBCs. Never actually buy packs using your coins.

For the best packs, you'd better only do SBCs, and never actually purchase your packs by using your FUT 20 coins.

Instead, make the most of the market being flooded with goal cards. Prices drop inevitably because people become desperate to offload unneeded cards, and that's the place where you can get the best deals.

EA Sports launch 'SPECIAL' packs for direct purchase at various points in the Christmas period. Therefore, you do not have to go anywhere near them.

Now please keep tabs on the market and when a player drops within your chosen price range, just snap him up quickly.

This post is tagged in:
Save
Subscribe to Posts by HawkLeo
Get updates delivered right to your inbox!

Will be used in accordance with our Terms of Service
More posts from HawkLeo
Add a blog to Bloglovin’
Enter the full blog address (e.g. https://www.fashionsquad.com)
Contact support
We're working on your request. This will take just a minute...
Enter a valid email to continue