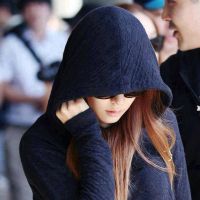 India is one of the largest film producer in the world. Bollywood alone is valued at $2.28 billion industry, with an expected growth of 11% in the year 2017 as per a study conducted by Associated Chambers of Commerce & Industry of India (ASSOCHAM). Apart from Bollywood, Indian South Indian and Punjabi films are liked by people around the world. Growing demand of Indian Films around the globe has also created huge demand for Indian film-makers and trained professionals. Major Indian cities like Mumbai, New Delhi, Bangalore, Chennai, etc. have immense opportunities and growth potential for workforce talent in the area of films and television. As per the KPMG report 2018, Indian VFX and Post-production Industry has registered strong growth of 21.1% in the FY2018 and is expected to grow by 16.9% between the FY18-23. The Industry has reached 56.8 INR Billion in the year 2017-18. The post-production industry seems to be stagnant globally but is growing substantially in India. Indian VFX and 2D-to-3D services are growing significantly.

India is a popular post-production and film making destination. Indian traditional culture is also one of the major attraction for filming movies in India. Availability of low-cost facilities and skilled talent at a comparatively low cost is what making India a global post production hub. With world class post-production capabilities in VFX, 3D and animation making India, an outsourcing destination of post-production services. Not only for Post-Production, India is a perfect location with beautiful sceneries and exotic locations for filming movies. Government of India is encouraging foreign producers to shoot in India by providing necessary supporting services. A foreign producer, can come to shoot a film in India, from entire shooting to the post- production, he can save a cost and make a movie with comparatively low cost as of other developing and developed countries. There are several examples available of foreign movies shot in India and got huge successful and appreciation in the international market. Many big Hollywood movies are shot in India like Slumdog Millionaire, Million Dollar Arm, The Namesake, a mighty Heart, Mission Impossible 4, Gandhi and many more.

Post Production starts once the stages of shooting are over. India is a one stop destination for all the post production services. High quality services with latest technology at competitive cost is attracting huge post-production work to India from worldwide. Popular Post-Production Services offered by India includes –

3. Writing, recording, and editing of the soundtrack

Some very popular post production houses in India are-

To get the outsourced projects from abroad, it mainly depends on the incentives provided by the Indian Government. India where labour cost is low and quality of services is high, government support in terms of incentives can do wonders for the industry.

Indian government is providing various incentives to encourage the foreign producers to come to India to shoot films and Post production work. To make film production in India, a lasting impact, various benefits such as easy processing of visas, tariffs facilitating road or shooting permits, accommodation and travel discounts, etc. are provided to foreign producers inspiring them to come to India. It is helpful in not only boosting the tourism while also creating employment opportunities in the country. The Ministries of Information & Broadcasting and Tourism have also signed a MoU to provide incentives to the film industry. It is to provide budgetary support for identified film festivals in India and single window clearance for shooting permission for films to promote India as a filming destination both for the domestic and foreign film producers.

Save
Subscribe to Posts by Shalini
Get updates delivered right to your inbox!

Will be used in accordance with our Terms of Service
More posts from Shalini
Add a blog to Bloglovin’
Enter the full blog address (e.g. https://www.fashionsquad.com)
Contact support
We're working on your request. This will take just a minute...
Enter a valid email to continue