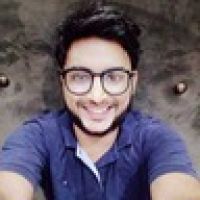 7 Steps You Can Take To Secure Your IoT Devices

Put yourself in the shoes of a business owner who have hundreds of IoT devices connecting to their network. You are one of the early adopters of IoT technology and is impressed by the exponential growth of IoT devices. According to Cisco prediction, the number of connected devices will exceed 50 billion by 2020. It is all set to transform many industries. Just like every other technology, IoT has its shortcomings.

Security and privacy have long been an Achilles heels for Internet of Things and it continues to be to this day. Despite all the efforts from IoT security experts, hackers can easily find vulnerabilities in your IoT network and succeed in getting access to your IoT devices. The lack of a standardized security protocol and methods to tag and monitor sensors adds insult to the injury. This leads to security, privacy and compatibility issues.

In such a scenario, how can you protect your IoT devices from hackers? Is that what you are thinking? If yes, then you are at the right place. In this article, you will learn about seven critical steps you can take to beef up your IoT security.

With hundreds and thousands of IoT connecting to a single network, it becomes extremely difficult to control access. To cope up with this challenge, businesses should identify behavior and activities that are acceptable and unacceptable in an IoT environment. You have to draw a line that clearly distinguishes what’s allowed and what’s is not permitted.

Next, implement context aware access controls throughout your network but make sure that it does not hamper the process. This will help you prevent cyber criminals from performing any malicious activities or take unauthorized actions. It also establishes a baseline for expected behaviors, which you can monitor to identify suspicious activities.

It is important to hold vendors accountable for IoT devices. Ask your vendors about what would happen if something goes wrong? Read the contract carefully and look for clauses that deals with that. If the contract does not mention anything, it is important to ask the vendors directly. Who is responsible for updating and maintaining your IoT devices? When would you get a new piece of equipment from vendor if something goes wrong? Companies should follow security framework and apply controls highlighted in those security frameworks to keep IoT devices safe.

Which devices do you want to protect first? The most critical and largest one. right. Irrespective of whether it is your servers, database or your company’s network, this trend is replicated everywhere in IT. There is a big difference between securing other devices and securing IoT devices and businesses needs to understand that.

Just like in Facebook Marketing, you should take baby steps when securing IoT Devices. It is better to start from the smallest devices and gradually move up to the larger ones. Yes, majority of IoT devices are small and uses the C, C or C# Code, which makes them vulnerable to problems such as memory leaks, buffer Overflow. App developers need to develop apps for IoT devices with that in mind.

These issues are common and persistent, which means that these problems can often spread throughout your network and become more complex. Despite all this, such problems as often overlooked by companies which later become a huge nuisance for them. They can easily overcome these problems by testing the code multiple times.

4. Use a Segregated Network

The main reason why IoT devices are plagued by security and privacy issues is the lack of security and network protocols for IoT devices. Instead of connecting every device to a single network, it is better to use a segregated network. For this, you will have to create a separate set identifier and virtual LAN capable of routing traffic via the firewall. By creating a separate network for IoT devices, your daily operations won’t be affected even if your IoT devices are hacked.

The easiest way to secure your IoT devices is to stop IoT devices from making network connection requests. You are better off connecting IoT devices through access control lists and network firewalls. When an IoT devices can not initiate network requests, it will prevent hackers to use your IoT devices as a jump point and attack other network segments. Yes, this might limit the functionality to a certain degree, but it is the right step when it comes to securing your IoT devices.

IoT devices is not limited to your employees, it can reach multiple partners in your supply chain including your suppliers, vendors and customers. You should make sure that IoT equipment are not purchased without clearance from your IT department or cybersecurity wing. Choose IoT device manufacturers who offer independent validation. Always purchase a device that has a write protect switch on it which prevents others from updating the firmware of the device. Ensure that you buy genuine IoT products and avoid counterfeit ones as it can pose a huge security risk to your company.

In order to protect your IoT devices from misuse, it is imperative that your IT department establish a mechanism to verify the identity of every IoT device they are communicating with. Make sure every IoT device has its unique identity otherwise, your company run the risk of being hacked at a microcontroller level especially, if you don’t have a solid endpoint security strategy in place. Secure all the edges and nodes in your network because hackers are always looking for an opening that they can use to get access to your network.

Let’s recap. Buy IoT devices from IoT device manufacturers that has a good reputation when it comes to security. Ask questions from your IoT vendors and read the contract clauses carefully to know what’s covered and what is not. Invest in context aware access controls that help you identify suspicious behavior immediately. You can also create an isolated network for IoT devices so even if the IoT devices comes under attack, your primary network doesn’t get affected.

How do you keep your IoT devices safe from cyber-criminals? Let us know in the comments section below.

This post is tagged in:
Save
Subscribe to Posts by Irfan Ahmed Khan
Get updates delivered right to your inbox!

Will be used in accordance with our Terms of Service
More posts from Irfan Ahmed Khan
Add a blog to Bloglovin’
Enter the full blog address (e.g. https://www.fashionsquad.com)
Contact support
We're working on your request. This will take just a minute...
Enter a valid email to continue