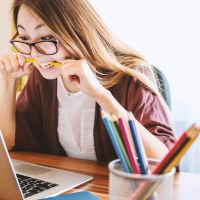 How To Be A Triple Threat Like Desiree Parker Desiree is an influencer, model and actress . She has been featured in Runway Shows: Carlo Vonteaugo, Macy Passport, Ana Elizabeth and LA Fashion Week.

She has been a brand ambassador for : Revolve at the Revolve Awards and the Revolve Festival

Google at CES and Be Internet Awesome Release, Yeezy for Yeezy Boost 750 Release, Stella Artois for many events, CVS Pharmacy at Beautycon, Beautycon for their pop up, Jaguar for ipace release (electric vehicle), Audi for The Charge release (electric vehicle), Panasonic :Model for Varicam release, Amazon Prime at Comiccon, The Taco bell Hotel, Ducati at Laguana Seca Race, Hostess at Backstage at The Grammys.

She has been featured in movies, tv , many music videos and commercials such as:

Desiree” has a goal to inspire other people in her community to thrive in entertainment. She believes African Americans create most of entertainment so she thinks they should be a the main benefactors of the wealth and success from entertainment.

We are excited to see what she does next!

You can find out more about her:

This post is tagged in:
Save
Subscribe to Posts by Jeffery Thompson
Get updates delivered right to your inbox!

Will be used in accordance with our Terms of Service
More posts from Jeffery Thompson
Add a blog to Bloglovin’
Enter the full blog address (e.g. https://www.fashionsquad.com)
Contact support
We're working on your request. This will take just a minute...
Enter a valid email to continue