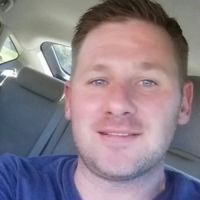 Singles Should Think of Themselves as Real Estate

New York City is a funny place. The summer apartment shuffle recently came to an end, and my friends snapped up new places like the free Chipotle burritos my gym was giving out this evening (ironic, I know). Like everything else in this city, leases were signed in heartbeats, and I could barely breathe before someone had moved themselves from Bushwick to Hell's Kitchen.

My question is, in a city where you have to pounce on everything or risk losing it all, why are there still so many single people? According to Loveawake, 28% of New York falls into singledom. And according to the Theguardian.com, single women outnumber single men by 210,000; in Boston, the 2nd city on Forbes' list, women outnumber men by only 1,620. That is a big difference. But considering the number of females I speak with who are quite upset about their lack of a boyfriend, I'm not surprised.

Singledom seems to be the product of quite a vicious cycle. We have our calendars Sharpied in a month in advance, yet men wait a week before asking someone new out on a date or, worse, text the day of. Relationships have fallen victim to meetings and open houses and hours at the office, to an almost frenetic need to be there the fastest and get the best thing.

Perhaps if women thought of themselves as real estate, it would be easier to get a boyfriend. Are you a church, where only men who know the rituals and respect you are allowed? Are you a museum, where people are allowed to come and go as they please? Are you a bank, where men must wear suits and sign contracts and spend lots of money?

It's all a great creativity exercise, but nothing will change until men and women start thinking of each other as real estate. And they should; in the long-run, relationships give more satisfaction and happiness than money or actual real estate. It's true. The Dalai Lama says so. And I bet if he weren't a holy monk, he'd be married in a New York minute.