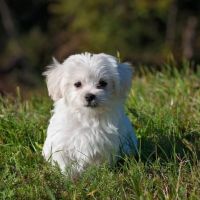 And on and on. So, while most of America is making plans to visit our national natural treasure, we dog owners must be a bit more creative. Here are the 5 best national parks to take your dog in America.

Acadia National Park is certainly one of the crown jewels in the National Park Service and dogs will not bark in dissent - this is the best national park to bring your dog for outdoor adventure. Except for the swimming beaches and ladder hiking trails like the Precipice Trail, dogs are allowed throughout the park.

Much of your time with your dog in Acadia will be spent on its intricate network of carriage roads. Mount Desert Island, named by French explorer Samuel Champlain in 1604, was once the summer.

playground of America's rich and famous. When John D. Rockefeller, Jr., no great fan of the horseless carriage, visited the Maine coast he enjoyed outings with his team of horses and open coaches. He painstakingly directed the construction of wide, motor-free carriage roads twisting through the island mountains. Forty-five miles of rustic broken stone roads were eventually built between 1913 and 1940 and the hand-built byways are the best examples of the construction technique still in use in America. In addition to the stone roads and stone guardrails, irregularly spaced granite slabs known locally as "Rockefeller's Teeth," there are 16 stone-faced bridges - each unique in design.

One of the wealthy elite, George B. Dorr, devoted 43 years and much of his family fortune to preserving the island. He offered more than 6,000 acres to the federal government and in 1916, Woodrow Wilson established the Sieur de Monts National Mounment. Three years later Lafayette National Park became the first national park east of the Mississippi River. Honoring its Acadian heritage, the park became Acadia National Park in 1929.

Several park highlights come with little purchase for your dog. The Jordan Pond Nature Trail is a mile-long loop leading to views of glacial mountains reflecting in the pond waters. The rounded mountains, known as the Bubbles, can be climbed on short trails. Other easy hikes include the Ocean Trail to Otter Cliffs that clings to the edge of lands' end over the Atlantic surf and exploratory walks atop Cadillac Mountain. The 1530-foot summit is the highest point on the Atlantic Ocean north of Rio de Janeiro, Brazil and sunrise hikes here will be the first to be illuminated in America. The Great Head Trail loops across Sand Beach and most people go right at the head of the loop. But going left into the maritime forest saves the spectacular coastal views from one of America's highest headlands until the end. All these trails are easily accessed from the Park Loop Road and can get busy. Seek out trails across Somes Sound - America's only fjord - in the western reaches of the park to find fewer paw prints.

The Blue Ridge Mountains that host Shenandoah National Park are the oldest rocks on earth. A billion years ago these mountains were higher than the Rockies when they were created. Time has weathered and rounded the peaks and valley that we see today. But what we see in Shenandoah has not been left to the hand of nature, as we have come to expect in our national parks.

Shenandoah is very much a planned national park. Herbert Hoover established a Summer White House on the Rapidan River (the park is only 75 miles from Washington DC) helping to trigger wilderness development. During the Great Depression Shenandoah was officially designated a national park and Franklin Roosevelt's "Tree Army" planted hundreds of thousands of trees on slopes that had been cleared for farms and firewood.

At the same time construction began on the 105-mile Skyline Drive that is today the only public road in Shenandoah National Park. Your dog is welcome at just about every stop along the way - only 20 of the more than 500 miles of hiking trails are off-limits for dogs. These are usually trails involving awkward passages and rock climbs. Unfortunately one such trail is on Old Rag Mountain that is considered by many to be the best hike on the East Coast. But generally your dog will be able to visit the best views and waterfalls in Shenandoah National Park.

Raise your hand if you knew that America's first national park of the 21st Century was created in...Cleveland? To the first people who came here 12,000 years ago the Cuyahoga was the "crooked river." Its steep valley walls inhibited settlement as easterners poked into the region in the late 1700s. But a navigable water link between Lake Erie and the Ohio River was a priority in the early American Canal Age and in 1832 the Ohio & Erie Canal became a reality. Ohio boomed and settlers poured into the area. The canal was put out of business by the Great Flood of 1913 and the Cuyahoga Valley was left to recreational purposes. The 33,000 acres along the banks of the Cuyahoga River were protected as a national recreation area so the heavy lifting for creating the park was done before its designation as a national park in 2000.

As befits its history as a recreation destination, Cuyahoga is a national park that permits dogs on its trails. It doesn't have the feel of the grand American national parks but instead evokes an intimate feel on the trails that are squeezed between highways, farmlands and neighborhoods.

The main trail through the park is the nearly 20 miles of the Towpath Trail along the route of the historic canal. Ten trailheads make it easy to hike the crushed limestone path in biscuit-size chunks. The trail is a mix of meadows and forests and the remnants of locks and villages. Another long distance trail through the park is the Buckeye Trail that circles the entire state of Ohio for over 1200 miles. About 33 miles of the blue-blazed pathway wander the ravines and ridges of the valley.

Some of the best outings with your dog in the park are in the north end of the Cuyahoga Valley, in the Bradford Reservation. A five-mile all-purpose trail traverses the Tinkers Creek Gorge area, exploring Ohio's most spectacular canyon. The gorge is a National Natural Landmark, noted for its virgin hemlock forests. Short detours off the main trail include an easy walk to Bridal Veil Falls and the Hemlock Creek Loop Trail.

Other highlights include the dark and mysterious 2.2-mile ramble around the Ledges (from the Happy Day camp) and a short 1.25-mile loop through the Brandywine Gorge that takes your dog to the lip of Brandywine Falls and 160 feet down to the water level.

The water that bubbles to the ground at 143 degrees Fahrenheit fell to earth 4,000 years ago, percolating deep into the earth and heating four degrees every 300 feet before seeping out of the lower west slope of Hot Springs Mountain. Spanish explorers and French trappers visited the springs for centuries. In 1803 the United States acquired this land in the Louisiana Purchase and in 1832 the Federal Government reserved land around the springs - the first "national park" to protect a natural resource. There was little done to administer the reserve, however, and private bathhouses sprung up to cater to tourists visiting to relax in the "healing" waters. Finally in 1921, Hot Springs became a true National Park, a unique blend of a highly developed small city set in low-lying, rounded mountains.

There are more than 30 miles of top-notch hiking trails available in Hot Springs, mostly on short, inter-connecting jogs on Hot Springs Mountain and West Mountain that flank the city. Many of these paths were carved for visitors who were encouraged to walk daily in addition to their baths as part of an all-encompassing healthy routine at the spas. Most were constructed wide enough to handle carriages and are still roomy today. Although the mountains only top out at little more than 1,000 feet expect to find some climbs that will leave you and your dog panting. Also, there aren't many streams so make sure you carry plenty of cooling water for your dog on a summer afternoon's outing.

For extended canine hiking head out on the Sunset Trail that leaves West Mountain and tags Music Mountain at 1,405 feet (the highest spot in the park) before doubling back onto Sugarloaf Mountain. This trail doesn't loop and is a good candidate for a car shuttle. Back in town you can take your dog on a tour of Bathhouse Row with a half-mile saunter down the Promenade, vsiting several of the 47 springs that flow at an average rate of 850,000 gallons a day.

The one place you can't take your dog in Hot Springs is in the centerpiece bathouses but across from Bathhouse Row you can catch a ride on a Duck Boat, an amphibious vehicle that drives south of town for a cruise on Lake Hamilton. Dogs are allowed to ride on the top deck.

Not named for extinct wooly elephants but rather the length of its passageways, Mammoth Cave is by far the longest known cave system in the world. There may be no traces of mammoths in the vast underground world but archeologicalists have unearthed evidence of human occupation in Mammoth Cave from as far back as 4,000 years ago. In the early days of the country, Mammoth Cave was used commercially to produce saltpeter needed to manufacture gunpowder and in 1941 the cave was protected as a national park. In 1981, Mammoth Cave was named a World Heritage Site.

Your dog won't be able to sniff around the 336 miles of underground passages in Mammoth Cave but there are more than 70 miles of trails above ground to explore in the park. A variety of leg-stretching hikes less than two miles are available around the Visitor Center, including the Green River Bluffs Trail that snakes through thick woods to a promontory above the Green River. For prolonged canine hiking head for the North Side Trails. A half-dozen mid-length day hikes launch into the dark hollows and hardwood forests from the Maple Spring Trailhead (North Entrance Road). This labyrinth of trails cuts through rugged terrain that has been left in its natural state. In the Big Woods (Little Jordan Road), you can hike the White Oak Trail through one of the last remaining old growth forests in Kentucky.

Along Highway 255 (the East Entrance road) is a small parking lot for a short trail to Sand Cave. For several weeks in the 1930s, this remote section of woods was the most famous spot in America. A local cave explorer named Floyd Collins became trapped in the cave and the nation became fixated on the rescue efforts that were meticulously detailed in newspapers and radio reports. Rescuers were ultimately unsuccessful in freeing Collins from a leg-pinning rock. The incident spawned books and a movie starring Kirk Douglas, Ace In The Hole. The small entrance of Sand Cave is wired off today and there is little to remind visitors of the drama that once gripped America here.

Will be used in accordance with our Terms of Service
More posts from John Smith
Add a blog to Bloglovin’
Enter the full blog address (e.g. https://www.fashionsquad.com)
Contact support
We're working on your request. This will take just a minute...
Enter a valid email to continue