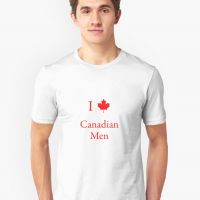 How Assault Charges Work and How You Can Defend Against Them

Every assault case is different. The best defense for an assault charge will depend on the details and the circumstances of each case. We want to share some essential information about assault, the degrees of assault and how you can defend yourself if you are charged with assualt.

How is Assault Defined?

Assault can be defined in two ways:

The first instance in which a person intentionally applies force; directly or indirectly; without consent. For example, punching, kicking, pushing, etc.

The second instance would be when an offender attempts or threatens to act harmfully and the person believes that the perpetrator will follow through with that threat.

1. Aggravated Assault: This is this most serious and therefore has the harshest consequences. It is considered aggravated assault when the actions may lead to a victim being wounded, maimed, disfigured or when their lives are in danger.

2. Assault Causing Bodily Harm/Assault with a Weapon: These are both quite serious forms of assault. Assault causing bodily harm is when the defendant’s actions cause injury or discomfort to the victim. Assault with a weapon occurs when an offender uses or threatens to use a weapon against the victim.

3. Assault: An assault that does not involve a weapon or an injury to another person is the lowest form of assault. Even though assault on its own is not as serious as the other forms of assault, a conviction for assault can still lead to jail time or other penalties.

What are some Assault Defences?

If the assault was an accident, it should be possible to avoid a conviction as the intent was not to cause harm. To use this assault defense successfully, one must be able to prove that it was, in fact, an accident and that the situation could not be avoided and that what happened was completely unexpected.

Consent is another possible defence. The tricky part is to prove without any doubt that the person who was allegedly assaulted did not consent to any sort of force by the accused person. One thing to keep in mind is that it is not permissible to consent to bodily harm. For example, one cannot consent to be stabbed in the context of a fistfight. This being said, consent ca not be used as a defense if charged with assault causing bodily harm or aggravated assault. Another example is that if someone consents to force because they feel threatened, then it is not consent.

If you are feeling threatened by someone you are justified in using force; as much as “reasonably necessary” to protect yourself as long as you did not intend to cause a great deal of harm or death. This is why self-defense can be used to argue an assault charge. Like any defense, the trick will be to prove that the force was necessary and the actions taken were reasonable. This would be subject to many factors. Some include:

- The nature of the force or threat used against you

- Whether or not there were weapons involved

- Your role; who started the incident?

- What the relationship is between you and the other person

- The size, age, gender and physical capabilities of the other person

- Whether or not the force you exerted was proportionate to the force used against you.

How Can Kolinsky Law Help?

Kolinsky Law has a strong team of criminal lawyers that can help you. Your best defense against an assault charge is to hire a committed lawyer that will guide you through the different stages of the criminal proceeding. They will give you sound advice and represent you during the entire process. Next, they will work tirelessly to research and prepare evidence needed. Our lawyers will take care of the questioning of witnesses and go above and beyond to get you the best results possible.

This post is tagged in:
Save
Subscribe to Posts by Johnson Alfred
Get updates delivered right to your inbox!

Will be used in accordance with our Terms of Service
More posts from Johnson Alfred
Add a blog to Bloglovin’
Enter the full blog address (e.g. https://www.fashionsquad.com)
Contact support
We're working on your request. This will take just a minute...
Enter a valid email to continue