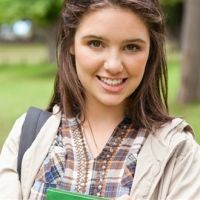 A bowie knife is a type of fixed-blade knife mainly used for fighting and was the brainchild of James Black during the early 19th century.

James Bowie was an all American pioneer who played a huge role in the Texas revolution during the 19th century. So what connects these two together? To answer that question we have to take a trip back in time and take a look at James ‘Jim’ Bowie's life.

The Man The Legend

Bowie was considered by many to be the most bad ass dude to ever live. His exploits and stories of him as a fighter and frontiersman have become a thing of legend in American culture.

Born in Kentucky, Bowie spent most of his life in Louisiana where he survived on the frontier and learnt how to fish, hunt, and farm. James became proficient with a pistol, rifle, and a knife(especially the knife). He had a reputation for fearlessness even when he was a boy.

He began to make a name for himself while in the service of the Louisiana Militia. But what cemented him as a folk hero and an all around badass was his feud with a guy named Norris Wight, the sheriff of Rapides Parish.

The duel that became known as the sandbar fight was initially arranged over grievances between a man named Samuel Wells and Thomas Maddox. Both Wells and Maddox were accompanied by friends and supporters.

Bowie was in the Wells crew while Norris Wight was in the Maddox crew. Wells and Maddox both fired two shots & missed. None of them was harmed, They resolved the match with a handshake. However, wight was not happy with the outcome and fired at Bowie, striking him in the hip and forcing him to the ground.

Wight then approached the fallen Bowie and drew his pistol and shot at him but missed. He then drew his cane sword and stabbed James Bowie in the chest. No one was prepared for what transpired after that. Bowie somehow reached up, grabbed Wights shirt and pulled him down upon the point of his knife which would later be known as the Bowie knife.

Wight died that very instant and Bowie was shot at and stabbed at yet again by another crew member. The wounded Bowie stood spun his Bowie knife and cut off the arm of the man who shot him, decapitating his arm. Seeing Bowie’s fury, the opposition fled with their tails between their legs.

The story was soon picked up by the national and regional newspapers. Bowie’s bravery in battle and his expertise with the Bowie knife were described in avid detail, with the witnesses reporting that “He(Bowie) had bested several opponents after being severely wounded” and “others had focused their attack on Bowie because they considered him the most dangerous man among their opposition” Of the people that were present, on of them remarked about Bowie's knife saying that “Bowie carried a large butcher knife.”

Bowie and his bowie knife became well-known throughout as icons of a badass frontier lifestyle thanks to the attention which was drawn by the Sandbar fight.

This post is tagged in:
Save
Subscribe to Posts by Julia Peter
Get updates delivered right to your inbox!

Will be used in accordance with our Terms of Service
More posts from Julia Peter
Add a blog to Bloglovin’
Enter the full blog address (e.g. https://www.fashionsquad.com)
Contact support
We're working on your request. This will take just a minute...
Enter a valid email to continue