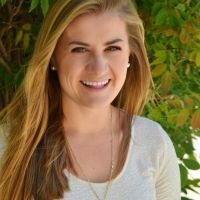 The most successful marketing campaign can be attributed to this global chain of hotels. The brand has taken marketing to a whole new level. It’s the art of storytelling that the brand has utilized effectively in their marketing campaign. For a number of hotels located in some of the most famous cities across the world, the brand shot videos. Each video revolved around a story. The theme of the stories ranged from love, thrill to adventure. Each story commenced and ended in the hotel showcasing the beauty of the city while celebrating the hotel as the best choice for accommodation. The success of the marketing campaign is evident from the number of reservations that followed the release of their series of videos.

This is what happens when a businessperson reaches out to a comedian with an idea of selling razors. This marketing campaign has comedy at its heart, making a mundane task of shaving a topic of mainstream discussion. Each video deals with the most unexpected, albeit, simple topics that people do wonder about but never discuss. The end result is comedy enough to deeply etch the brand name in the viewer’s mind. The best part is that the topics are so relatable but are presented in the most innovative manner. The videos have already crossed millions of viewership, and this is an indication of the success of the campaign.

The sports brand knows how to pull strings. All great sportspersons have a story to share. Leveraging this fact, Nike launched an incredibly moving marketing campaign, which allowed these sportspersons to share their motivational stories. Borne out of a cliché, it clearly signified the brand’s story as well as its belief in sports, the players and their journeys. The campaign crushed numbers for Nike and clearly proved to be a success in creating the image. The campaign undoubtedly garnered both positive as well as negative reviews. But even criticism worked in favor of the brand. This marketing campaign proved to be the perfect successor of Nike’s “Just do it” campaign.

The best way to garner the attention of consumers is to create an interactive buzz around the brand. This is exactly what ASOS did with its #AsSeenOnMe marketing campaign. All the brand did was to ask the customers to feature their purchases from the brand on their social media accounts. The only requirement was to use the hashtag #AsSeenOnMe with the picture. The best pictures got to be featured on the brand’s page. This campaign served multiple purposes. Firstly, it sent the consumers in a frenzy to post their pictures in the brand’s clothing. Secondly, it fostered the brand’s online presence. Thirdly, it brought the brand closer to its consumers and helped them foster a relationship with the buyers.

Breaking stereotypes, in the beauty industry particularly, always ends up in the best marketing campaigns. Olay uses the strategy in its #FaceAnything marketing campaign. Olay chose leaders from different backgrounds and fields and showcased what they wanted to say about themselves. The idea was to encourage women to embrace their own uniqueness and channel their individuality as their strengths. It was to empower women to shatter judgments of the world and be whatever they intended to be. It was a new wave of empowerment particularly from a brand that stands out for beauty. By featuring real women and their struggles, Olay managed to make the entire concept relatable. This turned out to be the key success of this digital marketing campaign.

IKEA used one of the latest marketing content, ASMR. ASMR stands for Autonomous sensory meridian response and intended to offer relaxation through the medium of sound. ASMR videos are extremely popular on social media. However, IKEA leveraged this meditative mechanism with the practicality of the brand. A 25-minute video utilizes ASMR in combination with pragmatic tips of living in a dorm. The video fortifies the image of IKEA to be accessible and perfect for students living on a budget. IKEA has always stood out as a brand for practical furnishings, and this video clearly celebrated the concept. The use of ASMR highlighted the same taking it to a higher level.

Probably the most innovative and gratifying campaign belongs to Uber. The #BeyondFiveStars was an amazing marketing campaign that featured the most recommended drivers of the company. It was an amalgam of the company exhibiting the gratitude that it feels for its employees while also showcasing them as their brand image. In addition to this, the company urged customers to share their positive experiences on social media. This further added to the success of the campaign. The campaign was not only interactive but was also positive in every sense. The feel-good factor along with the highlight of the drivers made the campaign a roaring success.

JetBlue clearly knows how to take the concept of the marketing campaign to a whole new level. The company uses its Twitter account not to glorify or use it as a marketing medium. But the account is used to actually ask customers for recommendations and suggestions. These suggestions are aimed to understand what customers would like on their next flight. This turns out to be an effective strategy. It not only allows the company to interact with the customers directly but also deliver the value. The feeds and the points raised by the customers end up helping the company in improving and delivering on point.

Save
Subscribe to Posts by Windy Stradley
Get updates delivered right to your inbox!