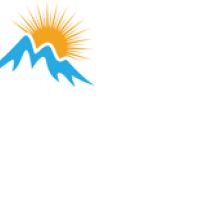 A weekend trip a month keeps the stress away- this phrase is very underrated in today's fast-paced life. People are so pre-occupied in their jobs that they often forget to quench the thirst of thrill. However, when they finally decide on to take the pending trip and visit the natural aura of this beautiful country, the questions of 'Where to go' and 'What to do' seems too challenging to answer. And we have an excellent recommendation for the latter and even more better suggestions for the former. Camping is a perfect outing activity you could do in a weekend by yourself or as provided with the best tour packages in Kullu Manali. And these popular camping places will leave your spirits as high as the Himalayas.

Sethan is not much popular among tourists as it lies near the insanely popular and crowded hill stations of Kullu and Manali. But it is gaining significance among campers and trekkers who search for undiscovered and scenic trekking trails. When visiting in winter, you can even try skiing and snowboarding here. However, summer is the ideal season for camping in Sethan.

Hallan valley is another hidden gem in Himachal Pradesh. Overshadowed by the two popular tourist places near it, Kullu and Manali, Hallan Vally offers the solitude and peace to its tourists, which those crowded hill stations does not. It also offers a beautiful campsite, namely- Shila ka Padr, which is a short trek away from the Hallan village. The camping site offers a mesmerizing view of the Kullu downtown.

Beas Kund is a mesmerizing lake surrounded by hills near the Solang Valley. Trek to Beas Kund is famous among the trekkers as it is a relatively easy and less time-consuming trek. Beas Kund lake is regarded as the source of the Beas river and is inclined to many pilgrims as the site is related to the Hindu sage Ved Vyas. Shadowing of the Himalayan hills and lush greenery makes the Beas Kund a perfect camping site.

Parvati river originates from the Man Talai Glacier and flows through the Parvati valley to form a confluence with the Beas river at Bhuntar. Camping near the banks of Parvati river offers a refreshing experience to the campers and trekkers. There are many camping sites along with the riverside, stretching from Kasol to Manikaran. There are many hot springs in Manikaran near the banks of Parvati river, making it a perfect campsite for the winter season.

Bhrigu Lake is located at the height of approximately 4300 meters near the Rohtang Pass. The lake derives its name from the Hindu sage Bhrigu, and locals consider it as a sacred pilgrimage site. Bhrigu Lake offers a tranquil environment to tourists. After a long trek from Vashisht temple, people camp at the side of the lake for the night and witness the scenic views of sunrise the next morning. It is also one of the most popular treks of Himachal Pradesh.

These were our picks to sort out your camping plans for Kullu Manali tours Travel safe and don't litter on your way to these beautiful camping sites.

This post is tagged in:
Save
Subscribe to Posts by kullumanali
Get updates delivered right to your inbox!

Will be used in accordance with our Terms of Service
More posts from kullumanali
Add a blog to Bloglovin’
Enter the full blog address (e.g. https://www.fashionsquad.com)
Contact support
We're working on your request. This will take just a minute...
Enter a valid email to continue