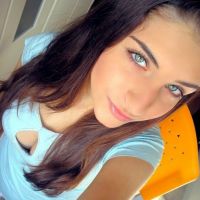 How long a child can seat in a stroller?

What is the maximum age in which a child can be pulled in a stroller? When is it time to resign from this transport? Is it more comfortable for a child or for a parent? I assume the comments will vary and, in point of fact, it depends a lot on a child and parents. A child in a kindergarten age certainly doesn’t need a stroller, yet there might occur particular situations in which you will find it helpful. Then, how long should you pull your child in a stroller?

Frankly speaking, looking at a three or four year old child in a stroller makes me feel as if it were something unnatural. Yet, I immediately realise I have no right to judge why a child is in this stroller. Since the child is being pulled in the stroller, it definitely means there is a reason for it. And, there are might be lots of reasons. The child might be tired, he or she might be not used to longer trips, it might be more comfortable for parents because they also have a younger child with them or need to get somewhere quickly. A child might feel unwell or have been sleeping in a car. Thus, there might be a million of different reason. Anyway, a stroller for elder children has one con. It will be empty most of the time.

If the situation is not ought of order, it might be wise to teach your child to go on foot. However being self-sufficient doesn’t mean that you will have to take in your hands a child, toys, a bike and a shopping bag afterwards. Providing this looks as I have described, taking a stroller might be a better option.

A stroller for a child: how long to use it – a theory

The majority of the models of strollers are made for children weighing less than fifteen kilograms. Some models have an upper limit of eighteen kilograms. According to statistics, despite the fact many children weigh nearly twelve kilograms when they are a year old, their weight cease growing so quickly. This means that normally a child have fifteen kilograms when he or she is between two and three years old. This fact gives us good understanding of the maximum age for pulling your child in a stroller.

From my prospective, at a particular moment, a stroller becomes convenience primarily for a parent. Sometimes, it will do more good if you stay patient and allow your child to train going on foot. However, this shouldn’t be done I such a way as to make your child extremely exhausted. I can share my story with you and I am already looking forward to receiving your stories. My elder child was transported in a stroller till approximately the age of 2,5 years, whereas a younger child stopped using a stroller in the age of twenty months. You may wonder what was a reason of such a difference? Firstly, the elder child started going on his own in a rather late age of eighteen months. Secondly, the younger child was born, and the elder one wanted to be like his sibling (this is a quite popular behavior among children). Finally, there was a breakthrough in his development when we were on a trip and it occurred that the elder child was capable of going on foot during an entire day. The child began to become stronger and stronger afterwards and the only problem we had back to that time was the need of a nap during a day. We used a sling or a blanket for this purpose. Still, there were several occasions on which I needed to transport the elder child in a stroll, primarily from a car to the house when we come back home late.

Sometimes I go running with my BOB Revolution PRO jogging stroller and can relish freedom. From time to time, I pull a stroller with a sleeping child. I am still testing carriages, yet, I am doing it because I enjoy it and not because my child needs it. Thus, we can conclude that there is no rule for everyone. You should observe your child. In case your child started going on foot in a quite late age, he or she is likely not to be able to quickly resign from using a stroller. Each child has one’s own development path and needs different time for making the muscles stronger and perfecting the skills. Furthermore, the spinal cord of your child also needs time for rest.

The signals telling you should resign from using a stroller

You frequently pull and empty stroll;

The rotating wheels are heading to different directions;

You take a stroller only for pulling your shopping bags.

Your child is not two years old yet;

You are crazy about strollers;

You come back home from your strolls absolutely worn out;

You going on a vocation and plan to have a lot of walking.

This post is tagged in:
Save
1 love
Subscribe to Posts by Lindsey Mitchell
Get updates delivered right to your inbox!

Will be used in accordance with our Terms of Service
More posts from Lindsey Mitchell
Add a blog to Bloglovin’
Enter the full blog address (e.g. https://www.fashionsquad.com)
Contact support
We're working on your request. This will take just a minute...
Enter a valid email to continue