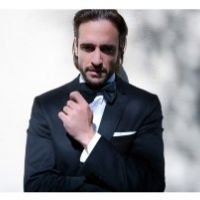 Samsung has had a bad week. First more major Galaxy S11 details leaked, then the Galaxy S10 and Note 10 were caught up in an embarrassing security debacle. And now there’s another reason to skip Samsung’s 2019 smartphones altogether.

In separate reports, the acclaimed Korean site The Elec and popular Samsung insider Ice Universe have revealed Samsung will release a smartphone next year with the camera built under the display. Furthermore, it won’t launch in the models you expect.

“Samsung will launch an under-display camera phone next year! Not S11, not Fold 2,” said Ice Universe in a cryptic tweet.

Adding flesh to these bones, The Elec explained that Samsung calls the technology ‘UDC’ (literally, Under Display Camera) internally and it works by integrating a transparent display over the punch hole. The result is no notch, no punched hole and no need for a pop-up camera. Manufacturing will begin this month with the company “planning to bring in mass production facilities early next year.”

Samsung has also been quite open about its plans in this area. Back in November 2018, Samsung product marketing director Hassan Anjum announced the ‘New Infinity’ display UDC panel and claimed they “are just around the corner, and I can’t wait to tell you more about them.”

Since then, Samsung has been silent but with rival Oppo revealing its plans for similar tech back in June and a recent telling patent from Samsung surfacing earlier this week, plans are clearly afoot. And if it won’t make the Galaxy S11 or the Galaxy Fold 2 (previous generations were announced in February) then it may well debut in the Galaxy Note 11.

Interestingly, UDC technology would also allow Samsung to get back into facial recognition because the sensors can also be hidden under the display. With pressure here hotting up from Google’s Pixel 4 and Apple’s dual biometric iPhone plans, the New Infinity Display can’t come soon enough.

All of which makes 2020 a massive year for Samsung. After all, the heavily leaked Galaxy S11 is expected to deliver a groundbreaking camera, upgraded design, major performance increases, next-gen memory, a supersized fingerprint sensor, and AI-focused image processing. And that is before the Fold 2, some potentially revolutionary new battery tech and the New Infinity phones.

Why is Samsung going so Because Apple’s next iPhones will be radically reinvented as well? So 2020 looks like a year where we all win. If you want to know more tech-related news just visit our website@:- norton.com/setup & Office.com/setup.

This post is tagged in:
Save
2 comments
Subscribe to Posts by LioSmith
Get updates delivered right to your inbox!

Will be used in accordance with our Terms of Service
More posts from LioSmith
Add a blog to Bloglovin’
Enter the full blog address (e.g. https://www.fashionsquad.com)
Contact support
We're working on your request. This will take just a minute...
Enter a valid email to continue