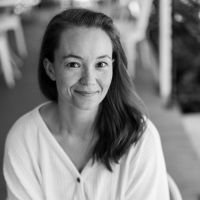 Guide: How To Set Up X Box One S

Xbox One S has always been tagged as the elite console that this generation of gamers can’t live without. It is a considerable improvement over its predecessor.

It looks edgy and high-end but one that gives a bang for your buck with its power-packed features especially with the introduction of the new and improved Xbox One S Controller.

Related: How to get Xbox gift card code without survey and no verification.

Despite the Xbox One S price, gamers loved that they would now be able to customize every button. The Xbox One S allows you to play anything from its growing library (obviously as far as you can pay for the game), even your old Xbox 360 games which are automatically converted to the current version and downloaded from Xbox Live.

While things were more complicated in the past, with the rise of WiFi and HDMI for TVs – a single cable that transmits digital audio and video from the console to the screen – things have gotten a lot simpler. Let's get started. Connect the Console to Your TV

1.Connect the included HDMI cable to your TV and the Xbox One's HDMI Out port

2.Connect your console to your cable or satellite box

3.Unplug the existing HDMI cable connecting your cable or satellite box to the TV and plug it into the Xbox's HDMI In port

4.Plug the Xbox One into a power source

5.Put batteries in the controller

6.Power on the controller and console

Connect to the Internet

Note: For a smooth gaming experience, we recommend directly connecting your Xbox One to your router or modem with an Ethernet cable. If you decide to use Wi-Fi, simply follow the steps below.

1.During the setup process, your Xbox will ask you Which of these is yours?

4.Enter the password for your network using the keyboard display on your screen, then select Enter

5.If the connection is successful, your Xbox One will tell you You are connected

6.Press Continue and the Xbox One setup process will continue

Once you've connected your console to the Internet, create an Xbox Live account and password. Pick a strong password, but make sure it's easy for you to remember.

Note: If you already have an Xbox Live account — if you're upgrading from an Xbox 360, for example — you can use that account to login without having to create a new one.

At this point, your console will take a few minutes to automatically download and install any necessary updates.

To play games online, you're going to need an Xbox Live Gold subscription. A free trial is often included as a redeemable code with your new console, but Microsoft also sells it in its Xbox online store under memberships (not to mention traditional retailers).

A year's subscription regularly runs $59.99, though it does have a few perks such as discounts on games from the online store as well as a few free games of Microsoft's choosing each month.

This post is tagged in:
Save
Subscribe to Posts by Lynda N. Woodall
Get updates delivered right to your inbox!

Will be used in accordance with our Terms of Service
More posts from Lynda N. Woodall
Add a blog to Bloglovin’
Enter the full blog address (e.g. https://www.fashionsquad.com)
Contact support
We're working on your request. This will take just a minute...
Enter a valid email to continue