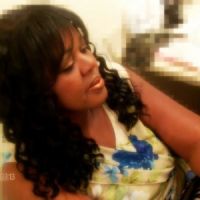 Teenage depression has been a growing problem in the United States (and the rest of the world), and it has become one of the most actively researched topics in all modern psychology. Depression is caused by genetic, psychological, and social factors. In response to the prevalence and complexity of depression in teenagers, numerous different treatment varieties have been developed.

Depression is not a condition that can be ‘cured’ overnight. Adequately treating depression—in both teenagers and adults alike—requires time, patience, and a willingness to directly engage in finding the underlying causes.

Because depression can be caused by a variety of factors, there is no universal treatment method that can be prescribed for all. If you believe your teenager is suffering from chronic depression, you should not expect it to simply ‘go away’ or be cured on its own. If the symptoms are severe and persistent, seek help from a treatment center that specializes in teen depression. Doctors at these types of facilities offer dynamic solutions that directly address your family’s specific needs.

How do I know if my teenager is depressed?

Clinically diagnosable depression is distinctively different than ordinary sadness. It is normal for teens to feel sad from time to time. But it is abnormal (though common) for adolescents to be suffering from the symptoms of clinical depression. Depression is persistent, lasting, and burdensome.

• A notable lack of motivation

• Inability to find interests in the outside world

If your teenager has been demonstrating one more of these symptoms, they may be suffering from clinical depression (also known as major depressive disorder).

Depression can make even the most mundane tasks appear to be impossible. Ordinary things—such as waking up in the morning, going to school, cleaning one’s room, and interacting with others—can appear to be an unconquerable mountain. If left untreated, the symptoms of depression can continue to worsen as time goes on.

What are some different ways to treat depression in teenagers?

Once you have received a proper diagnosis, depression is something that can be effectively treated. The effect that depression may have on a given individual is entirely unique. The objectively ‘best’ course of treatment is going to depend on their individual personality, underlying causes, and long-term goals.

• Psychotherapy- this treatment option is the most common form of treatment used today. Psychotherapy (cognitive behavior therapy) seeks to understand the causes of depression in the status quo, understand the kind of person that the client hopes to become, and effectively formulate a path between where they are and where they want to be. Psychotherapy is very widely employed because of its directness, and its ability to help individuals by teaching them to function in the world beyond the clinic itself.

• Hospitalization- this treatment option is very few people’s first ‘choice’ when it comes to treatment, but can indeed be necessary. If your teenager has attempted suicide, has demonstrated ongoing patterns of self-harm, or suffers from the most severe symptoms of depression, they may need to be hospitalized. Hospitalization intensely focuses on chemical and biological normality, and is usually the gateway to some other longer form of treatment.

• Alternative treatment modalities- though the treatments mentioned above are among the most common, numerous alternatives have been developed in response to their apparent shortcomings. Experiential treatment—which uses experiences such as art, music, yoga, and hiking—has been particularly effective and popular amongst teenagers. Additionally, group therapy, family therapy, and other varieties of therapy can offer individuals with depression the benefits of a unique perspective.

• Self-Help Treatment- this treatment type may not be enough for those who suffer from the most severe cases of depression, but it can sometimes enable the most lasting results. Self-help, as the name implies, focuses on teaching the individual to sustain their own well-being over time. This is accomplished through various meditative, positive, and supportive exercises that inspire a unique set of skills that can employed in the future.

These are just a few of the ways that depression is commonly addressed in modern psychology. Most of these treatment varieties are not mutually exclusive and, in fact, can even be enhanced when properly incorporated alongside others.

Be proactive about seeking treatment

Depression—by definition—is a chronic condition. It is much more than simply feeling sad one day. Those who are depressed are feeling a constant burden. Depression is a weight on their shoulders that they are actively trying to get rid of, and if left unaddressed, they may someday collapse under the stress of this weight.

The sooner you can find a reliable source of help for treating your teenager’s depression, the sooner they can begin the necessary path towards recovery. There is nothing to be ashamed about when it comes to depression. Depression affects all kinds of people, and can be overcome in a very wide variety of ways.

This post is tagged in:
Save
Subscribe to Posts by MichelleFields
Get updates delivered right to your inbox!

Will be used in accordance with our Terms of Service
More posts from MichelleFields
Add a blog to Bloglovin’
Enter the full blog address (e.g. https://www.fashionsquad.com)
Contact support
We're working on your request. This will take just a minute...
Enter a valid email to continue