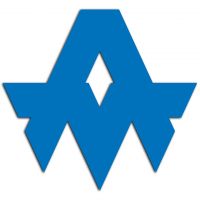 Everything That You Know About James Wilson

James Wilson, the undefeated beast is the American heavyweight boxer. He has a huge fan following for its undefeated matches. Every time James Wilson is on the ring, you can see the glimpse of Mike Tyson. James the beast Wilson has never failed to reach their fans expectations. It is quite impossible to believe that at the age of 32 he got such a fan base and he inspires a lot of people to follow their dream, no matter what life shows you. Following your dreams and passion is something that James believes. James Wilson is famous for its perfect combination of speed and power. This is quite impossible in the world of boxing. Before boxing, he also got trained in Kenpo-Karate, Muay-Thai, and kickboxing. He had a very tough childhood, after playing sports he has a very positive attitude towards life. James is a professional kickboxer where he competed against K-1 and Glory. Wilson is the true inspiration for his fans. James Wilson has given his fans a reason to watch his flight. Just like he says “It's the beast mode or no mode”

Born: James Wilson was born in Los Angeles with the root of DC and NYC. Many people might don’t know this but at the age of 15, he was homeless. James Wilson never had a smooth journey during his childhood, he even was juvenile delinquency. But he always stays motivated and fights all his situations of his childhood.

Education: After lot of struggle during his childhood, he ended up in the foster care system. With lots of hard work and dedication, he got his first success in Los Angeles Times high school/college in football, baseball, and track & field sports standouts. He earned a scholarship to Concord University in West Virginia. He completed his graduation in BA sociology. Career: After graduation, he accepted the offer to play semi-pro football with the Warsaw Eagles in Poland. Life turns into his favor when he was picked up as a free agent for Chicago Bears in 2011. Unfortunately, he turns down the offer and he concentrated on his new passion. He has learned all form of fighting like Kenpo-Karate, Muay-Thai, and kickboxing.

Achievements: James Wilson has the record of 15-2-1 as a professional kickboxer. He is a successful fighter who has eight straight wins and seven knockouts. He is considered as the next Mike Tyson for his ultimate speed and power in the ring. While he is on the ring, you can see the many similarities of Mike Tyson and James Wilson. James Wilson is also the social media brand ambassador for Century Martial Arts.

This post is tagged in:
Save
Subscribe to Posts by Muay Thai Authority
Get updates delivered right to your inbox!