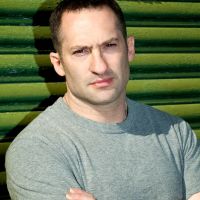 Very few school-age children finish what they started, in terms of hobbies. And that's true for people who join the Boy Scouts as well.

To "finish" the Boy Scouts, you become an Eagle Scout, which is the highest honor. It's hard to do and requires a big community project. Learn more about the process and the projects below.

What Is an Eagle Scout?

If you've heard of the Boy Scouts, you know that there are ranks, which start out as age groups and get more difficult to achieve as you grow/move up.

The Eagle Scout is the final rank in the boy scouts, which many men never see. It's hard to achieve and takes some serious determination.

If you're not familiar with the boy scouts, you can think of it a little bit like military ranks. You all start out at an equal place and as you work hard, you can rise up. Only a select few become the Colonels and Generals (Eagle Scouts).

Part of earning your Eagle Scout distinction is doing a big project, like one that serves the community. The scouts have to think of a project they can do themselves, though they can have help during the building/making/doing process.

They have to think of the idea, pitch it, get it approved, and finally do it before they're through.

That's not the only requirement though.

Requirements to Become an Eagle Scout

Along with their service project, young men have to cross off some other boxes.

> Go camping for more than 24 nights

> Have seven conferences and five boards of review

It's not an easy journey, but it's the highest Boy Scout honor you can achieve. Only 7% of all kids who start as Boy Scouts finish as eagle scouts.

And that 7 % is the kind you want making a change in your community, which starts with their service projects.

We're honoring that 7% below, first by noting famous eagle scouts, and then listing some of our favorite projects.

There are quite a few names on this list you'll know - and we left off most of the names you wouldn't. The list of successful scouts ranges from presidents to astronauts, to writers and filmmakers.

Here are some you may know:

While we don't have time to honor all Eagle Scouts, we salute them for their current and past contributions.

Eagle Scout Projects: The Work of the Youth

Some of the following projects have the names of the pioneering scouts, some don't. Since the boys are usually 17 or 18 at the time, some choose to keep their names private.

Here are some cool things they did.

The Book Truck in Los Angelos

When you think of LA, you think of famous movie stars and rich people, right? Well, there's also a big population of poor people and those without access to books and other educational materials.

One boy scout, perhaps inspired by the ice cream truck, thought up his project: The Book Truck. It's a van full of books, that drives through neighborhoods and sets up at local parks.

Kids can buy or rent books from the truck, for a low cost. It brings reading to the people - who may not have a way to get to the library or the funds for new books.

In another community, Scout Matthew W. Lewis noticed an old, unused storage building by his church. He removed it and used the slab to create an outdoor checkerboard.

Now the community and youth at the church can play checkers outside, getting some brain stimulation in the fresh air.

Remember how, as kids, the playground asphalt had games painted onto it, like four square? Some fancier schools had other designs, like the united states of America or lines for playing basketball.

One Eagle Scout decided that he'd like to spruce up these old, faded murals with some new paint. They're now like-new, and the kids can run around from Florida to Alaska.

If you know any kids/have them or are related to them, you know they have an excess of toys. Sometimes they have so many toys that old toys that got put away (or buried in stuff) feel new again.

Tim Corbett of Troop 107 wanted that old un-played with toys to have a new home, where they'd actually get used.

He then distributed the old and unused (but working) toys to kids who needed them. More fun for everyone involved!

Another scout, still, visited someone in the hospital and realized how cold and isolating being admitted can be. So he organized a bunch of people to make tie-edge fleece lap blankets for incoming patients.

The blankets are some for warmth, but also for comfort as the people go through uncertain medical circumstances and scary procedures.

If you know someone with special needs, you know they're just like us - but sometimes they get overwhelmed. And when they're overwhelmed, it's much more debilitating.

One scout knew this and built a "sensory room" at his school for their special needs students. The room has things children can sit on, lie down on, color with, or play with as they calm down.

It's a great way to make sure special needs students get the space they need to recover from intense feelings, without stopping and disrupting the whole class.

If you're an Eagle Scout looking for project inspiration, congratulations on your success so far. We know you'll do great.

Making the world a better place happens one small project at a time. Ready to do your part?