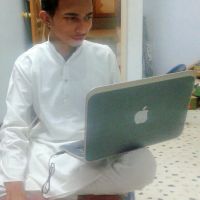 Do you know who an Entrepreneur is? “Entrepreneur is a person who establishes new business and takes risk to make some profit.” The same definition you find when you google for the word ‘Entrepreneur’. But this definition does poorly represent an individual who also appears to be a world altering innovator.

‘Entrepreneur’ is not just associated with business today, in this century, when we are on the verge of producing energy from electronics waste or preparing man mission to mars.It means tones more. Let’s dive in and look at the life of such two individual who are on the mission to altering the century and allowing the humanity to move one step further in future – just like Nikola Tesla did in 20th century!

Elon Musk’s Tesla Inc. is an electric vehicle and solar panel manufacturing company. In 2006, Musk inspired creation of ‘SolarCity’, a subsidiary of Tesla which mostly focuses on harvesting solar energy. He also envisioned human brain and computer interfaces, which is sole goal of his company ‘Neuralink’.

SpaceX is an aerospace manufacturing and space transport service established by Musk which provides reusable and cheap rockets for NASA’s space missions. Musk has also a dream about established colony on the Mars through SpaceX.

OpenAI is a non profitable company established by Elon Musk to encourage the research in the field of ‘friendly Artificial Intelligence’.

Apart from his businesses and innovations, Elon Musk has also envisioned a high speed transportation technology known as ‘Hyperloop’ which is a sealed tube or system of tubes through which a pod may travel free of air resistance or/and friction conveying people or/and objects at high speed while being very efficient.

At the as of 15, Roberto built something innovative that a fifteen years old teenager never could think of. He built state of art, hand-made, hi-fi amplifier which were quite expensive but worth every single penny spent behind them. That way, he started his first serious business at this age.Roberto says that he still feels proud when after all these years he noticed those amplifiers in the houses of his old customers.

From the very beginning, Roberto Hroval follows a simple yet powerful business philosophy, “Make the final product so perfect that there is no need to spend extra money, machinery, or man power to improve it.” This is what he follows at age of fifteen and the same he is following now.

Hroval was the owner of two venture/two companies by the age of twenty and by the time he turned to 29, he decided to go big and established a venture which is later known as PatentReal Corporation. PatentReal Corporation works towards creating technologically advanced solution for the betterment of the world.

Nowadays, PatentReal Corp. is working to solve all kind of problems. It is best known for solving big problems regarding energy crisis. The company is developing, among other projects, ‘Biomass Ultima Technology’. This is a biomass based green technologywhich produces electricity and charcoal out of wood waste, with highest efficiency on the market.

Other than this, Roberto has also envisioned of ‘Implosion based flying saucer FCX-01’, because he thinks the future of transport is not on the road but in the air.Air traffic is much more predictable, safe and could be available for everyone.

Currently the most promising one of Roberto’s innovations is ‘Project Reincarnation Technology’™ (or PRT); a visionary futuristic approach for disposal of garbage, mainly scrap plastics and worn out tires. By using PRT,company convertsdiscarded products into something much more valuable such as electricity or clean fuel. The process is clean and offers enormous 98% of monetization of waste and no emissions whatsoever.

Product Reincarnation Technology™ is 100% green, there isn’t any kind of noise production in its processes It is silent, less than 60db.

This post is tagged in:
Save
Subscribe to Posts by Nadeem Husain
Get updates delivered right to your inbox!

Will be used in accordance with our Terms of Service
More posts from Nadeem Husain
Add a blog to Bloglovin’
Enter the full blog address (e.g. https://www.fashionsquad.com)
Contact support
We're working on your request. This will take just a minute...
Enter a valid email to continue