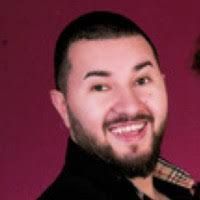 Since Covid-19 hit English football, the Premier League have stated that the current UK soccer economy is unsustainable. Months are still ahead until any major changes occur and collectively the league is losing more than £100 million every month.

Whilst a majority of the Premier League clubs are struggling to run efficiently with limited resources, US buyers have started to identify opportunities in taking over clubs who want out.

Today we catch up with UK football and brand expert Scott Michaels on the subject, from The Football People, a global football marketing firm that specialises in footballer player agency, partnership sales and consulting finance of professional football clubs.

What is your role at The Football People?

My role is predominantly acquiring and running football club assets across the world. Licensed by the FA, I also run the profootballers.com agency, an online platform designed to support and advise players on how to maximise their potential. Having manufactured and sold over 3 million products, I also specialise in the growth of challenger brands. My portfolio includes international brands Stylo Matchmakers and Hairbond.

Is there a trend emerging in US M&A purchasing PL clubs?

I expect to see lots more M&A activity in the upcoming years in English football yes. The movement is quick, so potentially a quarter of Premier League clubs could sell to new owners by the end of the 2020-21 season. There's recently been a surge in prospective international buyers and a majority of the interest comes from the US.

Which football clubs are connected to US buyers and owners?

Whilst hard times have struck, astute investment companies have started to see the opportunities uncertain club owners are offering within an undervalued market. Clubs including Newcastle, West Ham and Burnley have been exposed in the media most recently, all three associated with American suitors. Burnley being the club which was most recently snapped up for £200 million by the US firm ALK Capital, fronted by Alan Pace, former president of MLS club Real Salt Lake.

I have also investigated Southampton, Crystal Palace and West Bromwich Albion who all have attracted interest from overseas investors. Already the interest has started to show. For deals to happen it all comes down to the right price on both parts and the right timing is pivotal.

Looking at other teams in the Premier League, Liverpool (Fenway Group), Manchester United (Glazer family), Arsenal (Stan Kroenke) and Fulham (Shad Khan) are all owned by Americans in their entirety. Aston Villa, Crystal Palace, West Ham and Leeds United, also have part owners who have a US origin.

Normally Premier League clubs can make rather accurate predictions on their revenue forecasts, but with cash flow being limited at the moment, it no doubt causes an increase in uncertainty and concern for current owners. But the investors are well aware that the best time to buy can be during the worst times for the seller. Despite the economic downturn caused by Covid-19, the Premier League remains the desired playground for US investors in particular.

Does the impact of Covid- 19 not put off US buyers?

Whilst clubs are facing issues around sponsorship, TV rights, match day revenues, season tickets and streaming, American investors continue to drive international acquisitions and are not worried about the impact of which the virus has on growing the clubs long term potential.

How does Premier League football compare to other US franchises?

Premier League clubs are considered cheap, considering these clubs perform on the main stage of world soccer. Forbes revealed earlier this year that US equivalent teams in basketball go for billions of dollars. Even in the worst case, at unsuccessful clubs like Minnesota Timerwolves, is still expected to sell for $1.25 billion.

MLS is even higher valued. Commissioner Don Garber is doing a great job with it, valued at over $300 million now for a franchise. Most recently the franchise Charlotte was sold for $300 million and is 10 times annual revenue.

The valuation of US franchises has gone through the roof. The US have the ability to value their sports as a rare asset. The Premier League should be following suit. They are not making new Premier League clubs, so these businesses should not really be selling as often as they have been.

When you compare US clubs to those in European soccer, you can see the price is essentially only one times’ revenue and not ten like in the US. As long as Premier League football is considered cheap and American firms have access to large sums of money, we will see more acquisitions from US buyers.

In terms of types of buyers, SPACs (special purpose acquisition companies) are ideal. The first sports SPAC, RedBall Acquisition Corp, was launched in July by RedBird Capital Partners. The US private investment firm recently went on and bought an 85 per cent stake in French club, Toulouse.

Another type of suitor is the multi-club model pursued by City Football Group, the collective of international soccer clubs led by England’s Manchester City, and now comprising nine others in Japan, Spain, Uruguay, India, China, USA, Australia, Belgium and France.

M&A activity has escalated since Silver Lake, the US private equity firm, acquired just over 10 per cent of CFG for $500 million. Other challengers could include Beautiful Game Group, Pacific Media Group and Kapital Football Group. All which are based in the US.

KFG chairman Joseph DaGrosa is the founder of three private equity firms. Late last year, GACP Sports business, a subsidiary of his General American Capital Partners hedge fund, sold its minority stake in French club Bordeaux, and DaGrosa has since been eyeing new investments in the sport. The New Yorker has previously been linked with a £200 million bid for Southampton. DaGrosa told CNN:

“We're not overly concerned if a club is losing money, particularly in the Covid-19 environment, I think there's opportunity to buy clubs at lower prices than just a few months ago. We want to capitalise on it, both in terms of speed of execution as well as ultimately what we're paying for the clubs relative to what they may have paid.”

Are the owners buying privately or on behalf of investment groups?

While the individuals involved in club ownership have private equity and hedge fund backgrounds, purchases have traditionally been made privately. Private equity, meanwhile, may have found its ideal home in soccer in media rights.

In Italy, the 20 "Serie A" clubs unanimously agreed to the creation of a company that would manage the league's broadcasting rights, and to outside investment (to a limit of 10 per cent) from private equity.

Every private equity should be interested because to own anything in perpetuity guaranteed by television money is a beautiful thing. Private equity has a fantastic understanding of rights. They find it very hard to value teams because teams can go up and down. But rights last forever.

There’s no doubt that Italian football needs an influx of capital as well. Like the Premier League, Italian football has been undervalued for quite some time, so it’s no surprise there’s been plenty of interest in trying to put together some kind of perfect solution.

This post is tagged in:
Save
1 love
Subscribe to Posts by Gajura Constantin
Get updates delivered right to your inbox!

Will be used in accordance with our Terms of Service
More posts from Gajura Constantin
Add a blog to Bloglovin’
Enter the full blog address (e.g. https://www.fashionsquad.com)
Contact support
We're working on your request. This will take just a minute...
Enter a valid email to continue