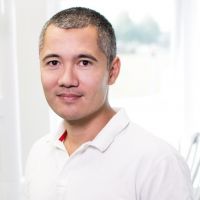 Music is a universal language through which you can speak with almost anyone. Put on a sad tune, and everyone will know that you are feeling a bit blue. Put on some happy tunes and you will see people nodding along to the music as well. Songwriters play an important role in helping people express their emotions in a better way. There have been many famous artists and songwriters who have become popular in the past few decades. Some are born with this talent and are able to recognize it very early, which ultimately becomes the beginning of a fascinating story. For instance, who hasn't heard about Freddie Mercury, the frontman of Queen? One of the world’s leading songwriters and arguably the greatest singer to have ever lived, Mercury encapsulated everything that the 80’s rock culture was about.

However, we aren’t here to talk about established greats. We are here to talk about a young and aspiring artist named Paris Aspen Arin. Paris was born to Kemal and Esra Arin in Miami. From the tender age of 4, she began playing the piano and learned to read music at the age of 4. She couldn't even read the language properly, but music made her feel like home. She started to gain an understanding of piano theory and how to play well.

Paris was then accepted into the studio of Professor Paul Posnak, a scholar of Gershwin and the famed pianist. She began to take classes at the Frost Music School in 2017 and is continuing there until she reaches college level. Jonathan Keith is her musical mentor and has been helping her hone her talents and skills.

Needless to say, in such exalted company, Paris has excelled quite a bit. She has released a number of singles and has already begun performing in various classical concerts. Paris Aspen Arin is one of the most popular stars nowadays and has already performed various concerts in different parts of the world. She has collaborated with famous musicians, symphonies, and orchestras in order to further her name.

Paris has already racked up five performances at the famed Carnegie Hall and has also performed thrice at the Stern Auditorium. Not only that, but she took to the stage twice at Powell Hall. Paris Aspen Arin is likely to achieve big things in her life. She is the Junior Music and Peace Ambassador for the Peace Foundation since 2016. We can’t wait to see what else Paris Aspen Arin has in store for us!

Save
Subscribe to Posts by Oscar Shepherd
Get updates delivered right to your inbox!

Will be used in accordance with our Terms of Service
More posts from Oscar Shepherd
Add a blog to Bloglovin’
Enter the full blog address (e.g. https://www.fashionsquad.com)
Contact support
We're working on your request. This will take just a minute...
Enter a valid email to continue