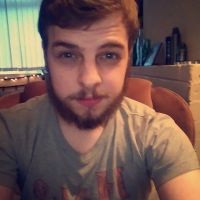 Giving is good. That deed of sharing and caring to fellow human beings is a good thing. We feel a lot of joys which makes our heart shine with happiness. You have to reach the end of every year where you get a chance to give.

Holiday shopping seems terrifying, but the deal is worth it. There are various studies which say that giving is getting benefited. It doesn’t benefit only for the recipients but also the givers get profited from it. They feel healthy, and there is a sense of inner happiness which is indescribable.

Below are proofs to say that giving to charity increases personal joy:

• When you give, you feel happy, i.e., Inner Happiness

Studies proved that giving money or being kind to someone else lifts the happiness of the giver and they feel indeed contented than spending on themselves. The feeling of goodness is getting reflected in our biology. Studies also revealed that when people give to charities, then the brain gets activated. Those regions which get associated with pleasure, social connection and trust receive a warm glow effect. Such moments release endorphins in the brain which senses positivity which is known as the ‘helper’s high.’

• Giving is good for the health too

Yes, you heard it right, giving makes us healthy. It can be seen not only in youths but also with the seniors. Studies say that giving to others has been portrayed which helps to increase health benefits with chronic illness. It is also with those who have HIV and multiple sclerosis. It also gets said that giving to the needy makes the volunteers get away from bad habits like smoking and drinking, wrong food eating habits and lifestyle.

• You gain a sense of co-operation and social connection

Giving promotes getting back as well. Yes, you are blessed to get back. Being generous to someone means you either get it back from the person you gave, or you get it back through somebody else. Such kinds of exchanges promote a way of trust and co-operation which helps to strengthen the bonds with fellow humans. So, the sharing between people promotes an excellent physical and mental health.

• The act of giving is contagious

Giving creates a ripple effect, and it just goes on and on. The generosity just keeps on getting bigger and bigger. Sometimes, the act of good deeds become communicable when you witness such deeds happening in front of you which inspires you in a way that you tend to do it yourself. A small good deed seen by an onlooker makes him get inspired by it and thereby making him do something bigger and better than the former. It thus moves on from person to person, and as a result, each person influences dozens or even hundreds and thousands of people.

This post is tagged in:
Save
Subscribe to Posts by Paul Melendez
Get updates delivered right to your inbox!

Will be used in accordance with our Terms of Service
More posts from Paul Melendez
Add a blog to Bloglovin’
Enter the full blog address (e.g. https://www.fashionsquad.com)
Contact support
We're working on your request. This will take just a minute...
Enter a valid email to continue