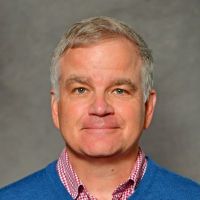 Tesla in China, the Good, the Bad and the Ugly

The Chinese regulator declared that on Saturday the Tesla Inc will recall nearly about three lakh China-made, model y cars and imported model 3 for software update online which is assisted to driving. The owners don't need to return their vehicles. The administration for the market regulation is declared on their website that the move is linked with an assisted driving function in electric cars. It can currently get activated by the drivers accidentally which causes sudden acceleration. Tesla is now making model 3 sedans and model y sports cars in Shanghai and has already sold thirty-three thousand electric cars in May.

China's new electric car sales have been rushed into one hundred seventy-seven percent to one lakh eighty-five thousand cars in May. The overall passenger on car sales has risen 1.1 percent to 1.6 million cars. Tesla China sales are accounting for a third of its total sale. It's also closely watched as a sign of US companies' health. The company has also invested a huge amount and has changed its marketing way, which has attracted customers. Tesla has created its model of model 3 sedans, and mode y sport utility cars in Shanghai. It has also exported many China-made vehicles in May.

In April, this company has sold twenty-five thousand China-made cars and has increased the selling percentage in March which is thirty-five thousand four hundred. Tesla's Model 3 sedan was the best-selling model as an electrical car in the country before the cheaper car which is micro-EV launched on General Motors. The US Company is also facing the same competition as the conventional EV companies. CPCA declared to China to sell millions of electric plugs in hybrid and hydrogen fuel cell passenger cars this year.

The bad side is the company is facing scrutiny in China. Customers are complaining about the quality issues of the vehicles. In last month the Reuters reported that the Chinese government officials were told not to park their Tesla cars on the government office compound because cameras were installed on the cars. Tesla is trying to make better engagements with the regulators and also beefing up its government team relation.

Tesla is expanding its relationship with the government of China. In April the company has posted it 2 recruitment advertisement on WeChat account. The company is hiring managers to update the policies database and to maintain good relationships with the government so that they can build up a sweet outdoor environment to support it is business growth in their area's market. The company has not declared clearly that how many managers do they need for government relations.

Declaring Things on the Go

In February the company received complaints against the battery fire. And on the march, the company came under scrutiny, when the militaries banded its car from entering the complexes because of the cameras which were installed on the vehicles. There was also a piece of information that outbreaks the cause of the banned, tesla used its car to spy in China or somewhere else, so for this reason it should be shut down. Last month tesla also got targeted by the media because of a customer who was facing a problem with the car. The customer complained about the malfunctioning brake, and reached the tops of a tesla car to protest in the Shanghai auto show, this video clip of the women got viral in this way. The vice president of the company, who was Greece TAO headed its government relation with China and was also disapproved on the state media last month after she got recited on a media interview and was asked about the customer. Many complaints were also raised to the company, because of its bad quality on the vehicles. There were different issues which were faced by the customers and then they opt for complaint. In to response the complaints on the company, Tesla declared that it would set up a China data center to bring improvements in its services and work with regulations.

This post is tagged in:
Save
Subscribe to Posts by Peter Dav
Get updates delivered right to your inbox!

Will be used in accordance with our Terms of Service
More posts from Peter Dav
Add a blog to Bloglovin’
Enter the full blog address (e.g. https://www.fashionsquad.com)
Contact support
We're working on your request. This will take just a minute...
Enter a valid email to continue