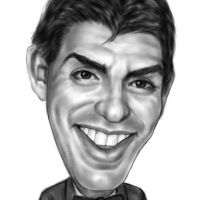 An article was published in El Mundo. The article discussed how non tourism residential rentals located on the beach can and are profitable. This was according to a study that was conducted by uDA, short for urban Data Analytics.

In 2016, gross rental yields were at 5.37%, but that increased to 5.67% the following year. This was quite a bit higher than the national average.

By the way, the national average was just over four-percent.

The area that had the best yields was the Balearics. Barcelona came second. This means it might be a good idea to invest in both.

Carlos Olmos, the director of uDA, said the rental market is experiencing a good moment. He continued to say that the good times have reached both the second and first line. He pointed out that long term rental yield along the coastline is close to those of Barcelona and Madrid.

When it comes to long term rental yields for beach properties, Ibiza takes the top spot. Puerto de la Cruz took second place, and third was Vilaseca. The latter is located in Tarragona, while the former is located in Tenerife.

Olmos said when it comes to rental yields along the coastline, you can generalise. Results are not extremely equal. This is why one must do a lot of micro-segmented analysis when they want to invest in properties.

One of the reasons why front line or more specifically, coastline long term rentals are increasing in value and producing high yields that compare to Madrid and Barcelona is because there is a high demand for rentals from tourists who have more disposable income.

These tourists are depleting the supply of long term rentals, which is driving up the price. This has lead to a high demand for holiday apartments, while landlords are switching over to this particular market.

uDA pointed out that rent on the coast have increased by nearly nine-percent. They range from 1,000EUR per month to 2,300EUR per month in places such as Lugo and Ibiza. Also, properties with pools can charge over 10% rent premium.

The same is happening in locations like Los Cristianos on the island of Tenerife where prices have risen dramatically due to the interest of non residents who are willing to pay a premium.

Save
Subscribe to Posts by Peter Lupain
Get updates delivered right to your inbox!

Will be used in accordance with our Terms of Service
More posts from Peter Spain
Add a blog to Bloglovin’
Enter the full blog address (e.g. https://www.fashionsquad.com)
Contact support
We're working on your request. This will take just a minute...
Enter a valid email to continue