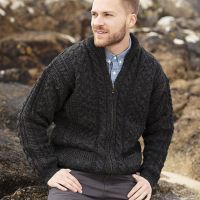 Wofford College in Spartanburg, South Carolina is a member of the NCAA Division I Southern Conference. The college has a strong athletics program, and winter sports at Wofford include men’s and women’s basketball and track and field. The Terriers also participate in rifle.

The Terriers have research paper help online to have been a men’s basketball powerhouse in the Southern Conference for several years. The men won the Southern Conference Tournament in 2010 and 2011, earning a bid to the NCAA Division I Tournament. Last season the men went to the College Basketball Invitational in the post season. Head basketball coach Mike Young is in his 24th season with the Terriers, his 10th as head coach. Wofford has had a slow start to the 2012-13 season, with a 6-6 record at the holiday break. All the games in the second half of the season will be against conference rivals.

On January 8 the Terriers will host Appalachian State at home. On January 14 the men will play Furman in nearby Greenville. They will host Furman at home on 1/24 and College of Charleston on 1/26. Scheduled home games in February are against Davidson on 2/2, Elon on 2/7, UNC Greensboro on 2/9, and UT Chattanooga on 2/16. The final home game will be against The Citadel on March 2. Wofford home games are played at Benjamin Johnson Arena, one of the few college facilities in the country with a parquet floor. General admission seats are $10 and reserved seats are $12.

The women’s basketball team is 5-4 at the break. Just before the holidays, the women scored an upset win over Alabama, a tough Southeastern Conference team. In January the women will play six games at home. They will host Elon on 1/9, Davidson on 1/12, Appalachian State on 1/14, College of Charleston on 1/23, Furman on 1/26, and UNC Greensboro on 1/28. February home games are scheduled against Samford on 2/2, UT Chattanooga on 2/4, Western Carolina on 2/11, and Georgia Southern on 2/23. The women play their final home game on March 2 against Furman. Edgar Farmer is the women’s basketball head coach.

Men’s and women’s Track and Field season begins in January. Most of the events are not in Spartanburg, but several are just a short distance away. The Terriers will participate in both the Tiger Challenge on January 11 and the Tiger Paw Invitational on February 8 at nearby Clemson University. The Winthrop Invitational is scheduled for March 30 in nearby Rock Hill, South Carolina. Wofford will host the Terrier Relays at home on April 6. Johnny Bomar was named Track and Field head coach in 2011. He was previously an assistant coach at Western Carolina, working with sprinters and hurdlers. He also coached five years at King College, where he was named AAC Coach of the Year in 2009.

Save
Subscribe to Posts by Robert Dale
Get updates delivered right to your inbox!

Will be used in accordance with our Terms of Service
More posts from Robert Dale
Add a blog to Bloglovin’
Enter the full blog address (e.g. https://www.fashionsquad.com)
Contact support
We're working on your request. This will take just a minute...
Enter a valid email to continue