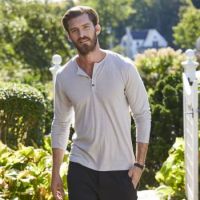 Difference of Micro SD & Micro M2 and How to Program SD Cards?

If you've ever shopped for a new memory card to use in your cell phone, you've seen that they come in a variety of shapes and formats. The two most common formats for phones are Micro SD and Micro M2.

The Micro SD card is the latest version of the Secure Digital memory format, developed by SanDisk. It is the memory card used in most cell phones today. Standard Micro SD cards hold up to 2 GB of data, while the newer Micro SDHC format can hold up to 32 GB.

The Micro M2 is the equivalent version of Sony's proprietary Memory Stick format, used exclusively in Sony products. The capacity of the Micro M2 ranges from 64 MB to 16 GB, depending upon the card.

Though similar in size to the Micro SD card, the Micro M2 has a different form factor, a unique pin configuration and its own memory formatting. Because of these differences, the Micro SD and Micro M2 are not cross-compatible.

Until recently, Sony-Ericsson phones used only the Micro M2. This is changing however, as Sony announced in 2009 that newer phones would use the more common Micro SD format.

How to Program SD Cards?

Occasionally, the need will arise to update the SD card firmware or to reprogram (reformat) the SD card.

To flash the firmware on the SD device, locate the SD card model on the manufacturer's website. SD cards are preprogrammed with firmware.

Firmware contains the instructions in ROM (read-only memory) for the device and enables the device to "boot up."

Currently, much of the firmware for SD card devices is upgradeable. A firmware upgrade or "flash" may be obtained from the SD card manufacturer, if available.

Be sure to access the firmware only for the specific device, because firmware for other devices may render your SD card unusable.

Ensure the new firmware download is an upgrade to the existing SD card and not the same firmware already on the device.

Note all manufacturer warnings and instructions that accompany the firmware download. When flashing firmware, the ROM memory is being configured. Errors in the process may render your device useless.

For example, one universal recommendation tends to be: Never interrupt the flashing process by turning off the device or shutting down the computer.

Download the firmware upgrade, and save it to your computer. Unpack or unzip the download and prepare for the installation.

Connect one end of the USB cable or connector to the device containing the SD card. Connect the other end to the computer.

Once the computer has recognized the USB device, proceed to install the firmware upgrade, carefully following all instructions.

SD Formatter is formatting software that configures SD and SDHC memory cards by using a special program that complies with the proprietary specifications of the particular memory card.

SD formatting provides fast and simple access to your secure digital memory card. Generally, the formatting program is compatible with Windows® XP, Windows® 2000, Windows® 2003 and Windows® Vista®, though it may also run on some unsupported systems.

Formatting the SD card is not quite as tedious as upgrading the card's firmware. However, make note that any data on the card prior to formatting will be permanently erased.

Download the compatible formatting application, and save it to your computer.

Unpack and execute the SD formatting software. Carefully follow all directions to format the SD card.

This post is tagged in:
Save
Subscribe to Posts by Robert Wadra
Get updates delivered right to your inbox!

Will be used in accordance with our Terms of Service
More posts from Robert Wadra
Add a blog to Bloglovin’
Enter the full blog address (e.g. https://www.fashionsquad.com)
Contact support
We're working on your request. This will take just a minute...
Enter a valid email to continue