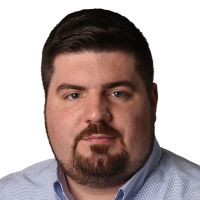 Full knowledge of tablet POS taught by the system department

In recent years, tablet POS products have increased significantly, and the choice has become more comprehensive. But the ability to deploy depends on the company's requirements.

What is a Tablet POS System?

Tablet POS System is a type of POS register used to account for and manage sales at stores. It is a iPad POS that utilizes tablet devices such as the iPad.

It is a widely used POS, including restaurants and apparel shops. It is also known as "Mobile POS."

1. Reduce the cost of POS implementation

In the case of tablet POS, the introduction cost can be significantly reduced compared to terminal POS, which is often seen in convenience stores and supermarkets. For a typical terminal POS, its charge can be 600-700 dollars per unit. The same cost will be charged at the time of replacement.

In the case of tablet POS, it can be introduced with a standard configuration at an initial cost of about 1 to 1840 dollars, some company offers free POS for 15 days trial. Therefore, it can be organized even in shops with limited expenses such as small chains and private shops.

2. Anyone can install it easily. And it saves space.

Tablet POS can be installed easily by reading the manual even if you are not familiar with the system, such as a store employee. In the case of terminal POS or PC POS, it is difficult for amateurs, and you should have a regular contractor to install it. It cost also takes 100 Dollars per store. Companies with a large number of stores are not stupid. This installation cost can be reduced by using tablet POS. Moreover, it is compact and does not take up space.

4. Don'tDon't break the visual of the store

Tablet POS has many products that are excellent in visuals such as the iPad, so the visual of the storefront does not collapse even where customers can see it. Companies that value luxury and fashion in stores such as accessories, apparel, and salon should take advantage of it. To avoid disrupting the visual of the storefront, change the color of the terminal POS with spray, and avoid the hassle of placing it in hard-to-see places.

5. It can also be used as a promotional tool

It's easy to carry, so you can use the catalog to promote your customers. It is also possible to search inventory on the tablet POS when the stock is out of stock and introduce the stores that have stock.

"Zoff," a glasses shop that manufactures and sells fashionable glasses at reasonable prices, was the challenge of replacing the POS with a reduced cost due to the aging of the terminal POS. Therefore, we adopted a tablet POS that has the same functionality as the current POS and can reduce the cost of deployment. By choosing a tablet POS, we were able to replace all 159 stores in Japan by April 2015.

Until a few years ago, tablet POS had limited functionality, and many products cannot be customized, and it was difficult to introduce in a "Zoff" class company. But nowadays, tablet POS has also been enhanced, and customizable products made it possible to deploy even in medium-sized companies.

Hakkaisan Co., Ltd. is famous for its sake "Hakkaizan," opened "Hakkaisan Sennen Kojiya," where you can drink alcohol as an antenna shop and buy products from Hakkaisan.

Therefore, we decided to introduce tablet POS, which has been used in restaurants and retailers in recent years. By adding the tablet POS, we can not only solve design challenges but also smoothly turn specialized operations called "restaurants" and "retailers."

Cost of Tablet POS: Comparison of Cost with Terminal POS

Tablet POS is a great attraction and able to deploy at a reduced price. Here, the initial cost and monthly cost are explained in comparison with the terminal POS.

The tablet POS has a significant cost advantage, but there are some caveats to know.

Because the nature of "tablet" is easy to carry, it will easily be stolen if you have not secure security measures. Not to mention theft from customers, it is a reality that many people are stolen by people in the company such as clerks. Connect the security cable, etc., and take measures firmly.

Because of the precision machine called "tablet," it can easily crack or break into beats that are hit or dropped. You need to take measures such as placing a spare or fixing it so that you can replace it immediately.

3. Many products cannot be customized

Tablet POS is mostly ASP type products. As a result, many products cannot be customized to meet your requirements. Some products are customizable, but the higher the monthly cost.

The size of the tablet POS is ideal for small chains between 2 to 30 stores and a few stores. The example of Zoff is posted in this article, but it is a reality that it is still difficult to introduce to a Zoff scale company where the number of stores exceeds 100 stores. If the Tablet POS meets the requirements, we recommend that you actively deploy the Tablet POS.

Reasons why it is difficult to introduce to medium-sized companies

Despite the increase in functionality in recent years, there are still few products that meet the requirements of medium-sized companies. Here'sHere's why medium and more massive companies don't have enough functionality.

Companies of medium size and above have a great deal of attribute information, such as product masters. Many companies have very long product codes. In the case of tablet POS, many things cannot be used in medium-sized or larger companies because the number of items and digits of various masters is small. Also, back-office functions such as product registration are generally weak and inconvenient to use.

Automatic collaboration with line-of-business systems is not possible

Many products cannot be customized and cannot be automatically integrated with the core business system of the headquarters. For medium-sized and larger companies, it is deadly to be unable to collaborate due to the enormous amount of data automatically.

In this article, we have explained the latest topics of tablet POS, examples, costs, introduction notes, and prominent products from a professional perspective. You can decide whether you can use the tablet POS for yourself. Next, proceed to the selection of POS products.

This post is tagged in:
Save
Subscribe to Posts by Ryan
Get updates delivered right to your inbox!

Will be used in accordance with our Terms of Service
More posts from Ryan
Add a blog to Bloglovin’
Enter the full blog address (e.g. https://www.fashionsquad.com)
Contact support
We're working on your request. This will take just a minute...
Enter a valid email to continue