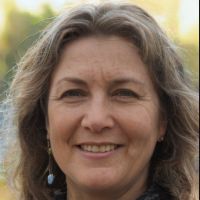 The women of Roman Empire were known for their style and fashion in outfits and jewelry. Their styles still serve as a basis for modern western dresses. Roman costumes were marked by their similarity to Greece dress.

Tunica was mostly used as an undergarment

The tunica was the most important of women garments.

It was 26” to 40 ” wide. It was mostly sleeveless and of full-length. The neckline was a horizontal slit made by leaving part of the top seam unstitched. Instead of sewing, the top was held by brooches. The tunica was made of fine white linen when used as an under-garment and if used otherwise, it could be colored linen or wool. In summer, one tunic was enough but in cold season, a number of tunics were worn on top of each other. Women wore long tunics made of wool or linen, with the wealthy wearing cotton or silk.

Stola was a replacement of toga and depicted a womens marital status.

“In the early Rome, women at first had worn the toga, dressing in the same fashion as the men. But very soon female clothing had begun to differ”. (Roman Dress)

The stola resembled toga but was rectangular in shape. The stola indicated a woman’s marital status and not her social or economic class. The stola was a full-length, sleeveless tunic worn by the women on their wedding day. The stola was usually white, brown or grey, though some were brightly colored with vegetable dyes. It was made of undyed wool. It was a symbol of marriage and every women married according to Roman law was allowed to wear it. It was not a fashionable garment rather a symbol of women’s decency and devotion to traditions. The stola went all the way to the ground, the lowest portion being a border called the instita, which covered the feet, probably sewn on and a different color from the rest of the garment, and a means of ornamentation. Under the stola they wore a series of undergarments i.e., light, sleeveless under-tunic, the intusium and a fascia or strophium(brassiere). Richer women had brightly colored stolas made out of silk or fine Indian cotton.

The chiton was common sleeved tunic.

The chiton was common sleeved tunic. “Two wide pieces of cloth were sewn together almost to the top, leaving just enough room for armholes. The woman pulled this garment over her head and used several pins or buttons to fasten it at intervals over her shoulders and arms, forming a dress with sleeves, which could be belted under the breasts, at the waist, or at the hips. The length of the sleeves was determined by the width of the cloth”. (Barbara F.Macmanus, 1999)

The chiton were brightly colored and made of lightweight fabrics such as linen or silk.

A shawl, called a palla, was worn wrapped around the shoulders and arm, or could be draped over the head. The palla (or pallium) was a large rectangular wrap of at least 5’ by 9’. Decent women in public wore it over tunic and stola. This rectangular shape cloth was typically draped over the left shoulder, under the right arm and back across the body, carried by the left arm or thrown back again over the left shoulder. The palla could also be pulled up to cover the head.” Mature Roman women would always cover their heads with a veil or part of the palla when out in public”. (Legio, 1/1/01)

Peplos was a fashion garment.

The peplos was made of two rectangular pieces (45” wide and 60” high) of cloth partially stitched or pinned on both side. The open sections at the top were then folded down in the front and back. If the sides are sewn closed, no armhole is left--the arms go through the "top" slit on either side of the neck opening. The overhanging fabric can either end above the waist to show the material, which is bloused over the waist belt, or the garment can be made long enough for the overhang to extend almost to the knees.

Social status was obvious from clothes they wore.

Social classes could be easily guessed through the clothes they wore. Upper class women wore lightweight fabrics like Chinese silk and Indian cotton. Poor men and women wore garments made of linen wool, dabbed in off-white or gray. Wool was in common use while silk was indirectly imported all the way from China over the famous Silk Road and was so rare as to be worth its weight in gold.

Generally, clothing is used to protect body from climatic intensities and surely for the reason of modesty and somehow to display the beauty of body. For almost the same reasons, the Romans used clothing. The different styles used were aimed to cater for a variety, occasions and beauty of the clothes. The material and colors varied. from season to season. The selection of styles, color or material also depicted the social and economic status of the women. The range of clothes differed from minor girls to grown-up virgins and to married women, and from poor and ordinary to high-class women.

Written by Write on Deadline

This post is tagged in:
Save
1 love
Subscribe to Posts by Ryan Trotter
Get updates delivered right to your inbox!

Will be used in accordance with our Terms of Service
More posts from Ryan Trotter
Add a blog to Bloglovin’
Enter the full blog address (e.g. https://www.fashionsquad.com)
Contact support
We're working on your request. This will take just a minute...
Enter a valid email to continue