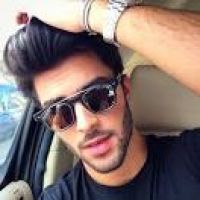 Why Was the System of Car Insurance Introduced?

Car insurance is a household term these days. Most of us know what it is and the ones that own a car will even have a four wheeler insurance policy. However, have you ever thought about the origin of motor insurance and why such a system was even introduced? Probably not right? Well, it makes for an informative read and it will help you understand how important your car insurance policy is; check it out.

It’s hard to trace car insurance back to its roots but many historians figure that, car insurance as a concept, took shape in the late 1800s. In the US, it was Gilbert J. Loomis, one of the pioneers of the automobile industry, who has the distinction of being the first person in the USA to purchase an insurance policy – this was in 1897. In the UK, prior to 1895, anyone with an automobile looking for an insurance policy would have to approach marine insurance companies to get their vehicles insured.

Why was it introduced?

Early automobiles were a work in progress. They were fast, unstable and nothing like the smooth & user-friendly vehicles we know today. Therefore, early automobile owners always ran the risk of having an accident in which they would injure someone else or destroy someone else’s property. In such cases, they wished to indemnify themselves from the financial liability of the accident. For this, they turned to car insurance providers!

The beginning of car insurance as we know it:

Over the years, cars went from a flight risk to an everyday commute and soon nearly everybody had one. The increasing number of car on the road meant more risk to pedestrians and other motorists and this is when motor insurance began to take the avatar we are familiar with.

Motor insurance plans, the sort that we are accustomed to, were originally introduced in the United Kingdom in the year 1930 under the Road Traffic Act, 1930. They were mandatory for every motor owner. They had to follow the Road Traffic Act if they wanted to take their cars, or any other vehicles, on the road. Third party liability covers were mandatory since the beginning of motor insurance plans and remain so till today. It focused on a financial backing that car owners would get in case of an accident or other damages.

Why you need car insurance!

The initial reason why car insurance was introduced was to provide financial coverage to the insured and ensure immediate relief to any third parties who suffered injuries or property loss. However, these days, damages due to lightning, earthquakes, cyclone, hurricane, landslide, etc. are covered under a motor insurance plan. Even damages caused by robbery, terrorist attacks, riot, etc. are covered. Once can also purchase add-ons to get protection from specific unfortunate events such as damage to windshield, breakdowns on highways, etc.

So as you can see, car insurance as we know it is a product of at least a hundred years of development and evolution. It’s an extremely useful element of protection designed around your needs as a motorist and the risks you are exposed to and expose others to when you try your car!

We hope this has been helpful, good luck and all the best!

This post is tagged in:
Save
Subscribe to Posts by sagar yadav
Get updates delivered right to your inbox!

Will be used in accordance with our Terms of Service
More posts from sagar yadav
Add a blog to Bloglovin’
Enter the full blog address (e.g. https://www.fashionsquad.com)
Contact support
We're working on your request. This will take just a minute...
Enter a valid email to continue