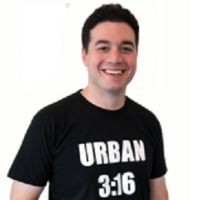 Get Rich By Having These Toys: Most Expensive Collectible Toys

The toy industry is worth $28 billion. And that's just in the US.

With so much money spent producing toys, it's only natural that some of the revenue comes back to the consumer.

You may have heard that your old toys can make you some serious pocket change. And we're here to show you that's definitely true.

Ready to find out what in your toy trash pile is actually a treasure? Here are the most expensive collectible toys.

The first category on our list is dolls and action figures. If you don't find what you're looking for here, see our section on movie-themed toys.

Without further ado, here are the dolls and action figures you can make some serious cash for.

The Spice Girls were a highly popular girl group in the 90s. It's no wonder Galoob Toys created a collection of dolls inspired by the women behind the Spice Girls.

Another doll based on a celebrity, the Michael Jackson "Superstar of the 80s" doll was created in 1984. LJN Toys wanted to capitalize off the singer's success and now you can, too.

Saban Brands was the first company to take inspiration from the live-action Power Rangers show that was popular with kids in the 90s. While Hasbro owns rights to the company now and still produces the action figures, vintage models can make you some serious pocket change.

Available for the relatively high price of $20, you can now command over a $1000 ROI.

Fish-Price is synonymous for childhood for baby boomers to Gen Xers. With such a long history of making so many well-loved toys, it's no wonder people will pay a pretty penny for them.

In fact, vintage Fisher Price toys can make you some of the highest ROIs on our list. Don't believe us? See for yourself.

You've more than likely heard of Fisher Price. But did you know they're behind the beloved McDonald Happy Meal toys?

What was once a free trinket in your delicious Happy Meal can now earn you a $100 profit.

While Eternia is owned by Mattel, Fisher-Price is a wholly owned subsidiary of Mattel. So we think it counts. The Eternia playset was part of a full line of toys in the late 80s, inspired by Masters of the Universe.

A pricier toy set, you can make almost $3000 in profits today.

Probably the oldest toy on this list, Push Cart Pete was a popular toy in the 30s and 40s. This little guy is coming up on its 90th birthday.

When you were young, you probably never considered that your favorite stuffed animal would one day be worth hundreds (if not thousands). If you're like us, you probably loved your little buddy to pieces.

But for those of you who treated your toys with a little more care, here's what your mint condition stuffed animals can get you now.

Tickle Me Elmo Extreme AKA TMX was released in 2006 to celebrate the original toy's tenth anniversary. Another Fisher Price favorite, this soft and plush toy will literally ROFL as you tickle it.

Sold for $10 a little over a decade ago, these toys are already worth almost $350.

If you were a kid in the 80s, you know all about these soft, strange little creatures. They were owned and produced by multiple companies including Hasbro and Toys R Us but they were made popular by Coleco.

Pricy little things, Cabbage Patch Kids sold for $25. We bet you'll think they're worth it now that you can get an ROI of $2975.

While a Beanie Baby only cost $5, rarer versions of these toys will sell for $5000 today.

There are films that are based on toys and then there are the toys in this category. Since Americans started becoming serious movie buffs, companies have been capitalizing off these instant-audiences.

Here are 3 toys that are worth more now than the movies that inspired them.

After the first Jurassic Park film was released in 1993, Kenner helped capitalize off the movie's success. Originally there were 5 action figures that were made in the likeness of Tim Murphy, Alan Grant, Ellie Sattler, Robert Muldoon, and Dennis Nedry.

Raiders of the Lost Ark: Well of Souls Playset

This Indiana Jones-inspired playset was another smash hit for Kenner. The playset came out with a whole line of toys inspired by the movie in 1982.

Well of Souls playsets were expensive for the time. Today, though, they can be worth up to $2000.

Kenner got their start with movie-inspired figurines with the success of Star Wars toys in the late 70s and 80s.

The Luke Skywalker version, which sold for $20 back then, is now worth a mind-blowing $25,000. Yes, you read that right-- you can command 5 digits for the toy version of everyone's favorite Jedi.

Like the name Fisher-Price, there are some toys that just bring you back to childhood. Other people obviously agree since they're willing to shell out some serious cash for the next 3 nostalgia-inspired toys.

Bop Its were well worth their price tag at $15. Now you'll definitely think they were worth it since you can make an ROI of $197.

Ah, the easy-bake oven. Originally made by Kenner-- a company that merged with, you guessed it, Hasbro-- these compact, pink dream-machines spit out confections and baked goods faster than you could shake a stick at it.

Austrian-made PEZ were candy dispensers that shouldn't have taken off the way they did. Yet the bright colors, cute characters, and tasty candy made these toys all the rage in the 80s and 90s.

Profit on Your Most Expensive Collectible Toys

Looking for more blogs about the things that matter to you? Make sure to bookmark our blog and check back to keep up with the latest.

This post is tagged in:
Save
Subscribe to Posts by Simon Hopes
Get updates delivered right to your inbox!

Will be used in accordance with our Terms of Service
More posts from Simon Hopes
Add a blog to Bloglovin’
Enter the full blog address (e.g. https://www.fashionsquad.com)
Contact support
We're working on your request. This will take just a minute...
Enter a valid email to continue