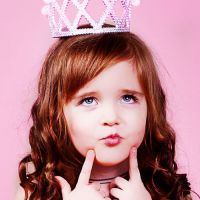 The Industrial Revolution was the transition to new manufacturing processes in Europe and the US, in the period from about 1760 to sometime between 1820 and 1840. This transition included going from hand production methods to machines, new chemical manufacturing and iron production processes, the increasing use of steam power and water power, the development of machine tools and the rise of the mechanized factory system. The Industrial Revolution also led to an unprecedented rise in the rate of population growth. Textiles were the dominant industry of the Industrial Revolution in terms of employment, value of output and capital invested. The textile industry was also the first to use modern production methods.(1):40 The Industrial Revolution began in Great Britain, and many of the technological innovations were of British origin.(2)(3) By the mid-18th century Britain was the world's leading commercial nation,(4) controlling a global trading empire with colonies in North America and the Caribbean, and with some political influence on the Indian subcontinent, through the activities of the East India Company.(5) The development of trade and the rise of business were major causes of the Industrial Revolution.(1):15

Save
Subscribe to Posts by sonali231
Get updates delivered right to your inbox!

Will be used in accordance with our Terms of Service
More posts from sonali231
Add a blog to Bloglovin’
Enter the full blog address (e.g. https://www.fashionsquad.com)
Contact support
We're working on your request. This will take just a minute...
Enter a valid email to continue