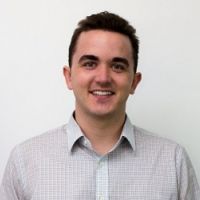 Now we're not doubting that people have plenty of fun doing that, or that the resulting pictures are fun to look at. But what if you could have an experience that was not only fun and produced decent pictures, but were unique and creative?! So that even people who don't personally recognize the people in the picture respond with, "wow, that's such a great idea!" or "wow, the timing there is perfect!"?

The following are a list of 5 simple tips that we've compiled after many, many events of running a Toronto Photobooth, aiming each time to come out with images that would go beyond the traditional photobooth pictures and have the extra "wow" factor. If you're going to be running a DIY photobooth, hopefully this helps you get the most out of your guests as you man the booth. If you're just reading this in case you happen to pop into a photobooth yourself sometime soon, hopefully this gets your creative juices going too! Here goes:

When running a photobooth for an event, say a wedding, with several hundred guests and a limited number of props, its only a matter of time before guests run out of things to do with the props available. You'll get your fair share of fun pictures with those and the typical poses (and that's fine!) but to take it to another level, keep your eyes peeled for details in your surroundings. This includes on people (clothing, accessories, etc) as well as at your venue/location (centerpieces, table settings, utensils, etc.)

For example, in a group of people, do they have something in common? Maybe a color scheme? a similar or consistent article of clothing? all guys, wearing ties? all ladies, with fancy shoes? does everyone have their cellphone on them? or even something as simple as a wallet? take advantage of that! Try to use them in non-standard ways for great pictures. Use them to tell a story! (more on that in #4)

If you're at a wedding or birthday party, are there items that the host has placed in the decorations that can be used as props in interesting ways? This is often a great way to, not only use these "props" creatively, but also to add personalized details to the pictures that will remind the hosts of details - such as decorations & party favors - that they spent so many hours preparing for.

When you keep your eyes peeled for details like this, everything and everyone becomes a potential prop and idea for a great capture!

2. RUN WITH THEIR PERSONALITY

When you direct people in a photobooth, its important to take into consideration the personality of the people you're working with. Are you younger or older? outgoing or a little more shy? are they athletic (enough, say, to jump or even throw people)?

Some people are just bundles of creative energy and you're able to just kind of sit back and watch the great ideas flow! Others need a little bit more input (or even prodding) to open up with some crazier ideas. Start by letting them try and idea/pose or two on their own and get a feel for what kinds of things they produce.

Try offering little suggestions to what they've got (more intense facial expressions, more believable actions, more interaction, less pose-y, etc). If they seem open to direction, break out some of your crazier ideas! For this purpose, we're constantly brainstorming ideas for new poses, stories, and ideas, so that when we come across the right kind of group in a photobooth, we're ready to go!

Remember that great, crazy picture ideas are somewhat relative. If you can get normally reserved grandparents to open up and get just a little goofy, success! By taking the personalities that come and helping them to kick it up a notch (even if it is literally only one, little notch!), chances are you've got yourself a shot that will be remembered! Who knows, they may even come back for more!

With the new photobooth designs these days (especially with open-air photobooths), its not uncommon to be able to squeeze in anywhere from 1 to even 15 people in a single photobooth shot! The question now is how to most effectively use those numbers for great shots! A few suggestions:

Smaller groups and couples (2-5 people) offer a lot of potential for simple, clear, fun interaction between people. Its easy to direct them saying, "I want you to do this to her!" or "Everyone jump on the count of 3!"

Medium sized groups (6-10 people) starts to get a little trickier. Action shots, such as everyone jumping, are more out of the question due to the potential of injury or an unwanted kick to the leg! Rather, shots that direct your attention to a specific person, such as "Everyone cheer for the bride and groom while they kiss!" or "Carry this person and act like he's incredibly heavy!" are what makes the picture "WOW" worthy.

Large sized groups (11-15 people) are definitely a challenge, but well worth it when everyone in the group is willing to get a little crazy and all participate in on the fun. This is where expressive faces and everyone doing the same thing come in handy. "Everyone stick out your hands and say 'ROAR!'" or "Stick out your tongue and try to touch your noses," all make for hilarious shots that make the group want to do more!

Another way to put it is, "don't just take a picture, tell a story!" While random action can be lots of fun, often the best photobooth pictures are the ones where your eye is drawn into some action or flow of thought and leads you through the picture as you follow the "storyline".

Imagine yourself the director of a very simple movie. Rather then tell each person exactly what gesture to make, what facial expression to have, with the exact timing, try giving them a "story" or "concept" that they can take and run with. Then, all you need to do is capture at the right time! (here's where digital technology helps!)

A couple simple examples, "You three kids are really mad at your parents, so mad in fact that things are about to get out of hand. And you parents are helpless, scared, cowering! Ready? Go!"

"Ok guys, I want you to pretend like you're on a rollercoaster, about to go down a steep drop! Ready, go!"

"Alright, I want you to let out your years of frustration by slapping her, while you are just shocked that this is happening before your eyes!"

Just because a picture captures a single moment in time doesn't mean that picture itself needs to be of a static pose! You can never go wrong with injecting a bit of action into a shot! Whether its faking a move out of a video game, tossing a poor guy high up in the air, or even the tried-and-true, coordinated jump, getting people moving around with some fun action always brings up the energy and fun, and leaves you with some great captures!

This post is tagged in:
Save
Subscribe to Posts by Sugam Cym
Get updates delivered right to your inbox!

Will be used in accordance with our Terms of Service
More posts from Sugam Cym
Add a blog to Bloglovin’
Enter the full blog address (e.g. https://www.fashionsquad.com)
Contact support
We're working on your request. This will take just a minute...
Enter a valid email to continue