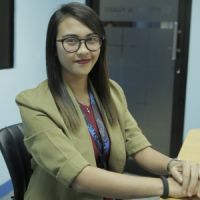 The Best Wine Producers in the World

Wine has become a very competitive market throughout the years. Besides Italy, France, and Spain which were considered the major countries that produce half of the total wine stocks in the globe. Other countries have also started to earn stardom for the impeccable quality of the wine that they produce, in the list are Australia, California, South Africa, Germany, and Portugal. These countries are among the very first destinations that Jesuits and missionaries had visited to introduce Catholicism, alongside with it is the Major Sacrament which is the globe. Ever since, these countries have also, started wine production in the hope to imitate and continually taste its fruitiness and elegance. That is why wine production has become a very booming business in the industry that gives way to the birth of the title “Best Wines Around the Globe.”

Yet, the word “best” is always a subjective statement based on experience, preference, culture, belief and many other factors. In the world of winemaking, being the best is tested not only through sales and demand, but it is also through, popularity, feedbacks, and winning over the hearts of its beholder. In order to be the best, a wine must undergo a series of procedures to give out the best flavor. So, here are some of the best wine producers around the globe with renowned quality wine, they furnish.

Often famous for its acronym “DRC,” this wine producer is based in Burgundy, France, mostly specializing in white and red wines. Before the glory and fame of this vineyard, this area became a subject of bidding wars between the famous Madame de Pompadour and Louis Francois, Prince of Conti, and then was auctioned off to fine noblemen until it was finally bought and sold to the domain. One of the DRC’s wine product garnered a total average of 96.75 from famous connoisseurs Robert Parker and Jancis Robinson. Besides this, the Domaine de la Romanee-Conti produces the most expensive wine bottles around the globe amounting to 19, 000 US dollars a bottle. The DRC produces 6000-8000 cases per year, but given their area, they could provide even more, but they stick with the philosophy quality over quantity. To this day, Domaine de la Romanee-Conti wines are still among the top wine producers around the globe.

A wine producer also based in the Bordeaux, France which mostly produces red wine. Chateau Lafite is among the four wine estates that were originally awarded the First Growth status in the 1855 Wine Classification. This is when the price of the wine is directly proportional to the quality of the beverage. Long before it was Rothschild, in the 18th century, the wine produced in this vineyard is known as the “King’s Wine” because of its extravagant taste, the owner of Chateau Lafite at that time was Nicolas-Alexandre Marquis de Segur or the “Wine Prince” of the century. After the French Revolution, Chateau Lafite was sold to Baron James Mayer Rothschild for 4.4 million francs, thus the Chateau Lafite Rothschild was born. After enduring two world wars and surviving a pest disease epidemic, this wine estate started to crawl its way back to the top with the support of many renowned personalities like Thomas Jefferson. Chateau Lafite Rothschild wines continue to be one of the most expensive wines in the globe, breaking its own record for amounting 1.8 million dollars in an auction in Hong Kong.

Tenuta San Guido, a region in Tuscany, Italy produces a “thoroughbred” wine like no other. Marchese Mario Incisa della Rochetta was the owner of a mediocre vineyard in Tenuta San Guido. He used his middle years in studying how to create a high-quality wine, that was never possible in their location because of its rocky terrain. He studied the ways in Chateau Mouton Rothschild and adapted and experimented on his own vineyard. Breaking all norms about winemaking, Mario Incisa was the first winemaker to grow his vineyard on a rocky terrain or Sassicaia which translates to stony ground. He also realized that by aging the wine in a temperature-controlled location and steel fermentation, the quality of the wine improved significantly. Its results were groundbreaking as it quickly makes its way to the top by beating 33 other red wines produced all over the globe in a wine-tasting competition. As of today, Sassicaia wine remains to be one of the classiest wine to be produced in the world.

Wine merchants always include these world-class wines in their vast options of merchandise. In Sokolin’s Highest Rated Wine Producers, Domaine de la Romanee-Conti, Chateau Lafite Rothschild and Sassicaia Wines are always in their choices as it continues to pave its way as the best wines in the globe. Even though the prices are jaw-dropping, its quality amounts to be well-grounded with their top-notch products.

Save
Subscribe to Posts by Sylvia Hopkins
Get updates delivered right to your inbox!

Will be used in accordance with our Terms of Service
More posts from Sylvia Hopkins
Add a blog to Bloglovin’
Enter the full blog address (e.g. https://www.fashionsquad.com)
Contact support
We're working on your request. This will take just a minute...
Enter a valid email to continue