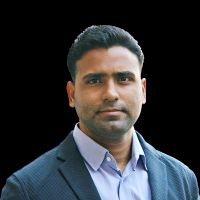 People always want to remain connected online nowadays whether at home, workplace, at streets, and even when traveling in vehicles. The symptoms of extraction are seen for an extended period when people go out of internet access. This is the reality of the world today due to the jumble of email, social media, WhatsApp, YouTube and other variety of social or networking activities.

They are completely addicted to these things. The most convenient fixation is the mobile data. The app development company and android app developers who build the apps and are making a killing out of this.

Put up a sign or indicate the two words “Free Wi-Fi” and people are likely to get a stampede of the laptop and the mobile phones users struggling to log in. It has turned in to a kind of reflex action amongst many of the people despite the consistent threatening from the security advisors and media about the adverse outcome of unprotected Wi-Fi connection or generally known as a public wireless network. So, if you use Public Wi-Fi too, you are not safe at all. While using public Wi-Fi, you are willingly risking your safety.

To make things worse many of the devices are even configured to act on the reflex of own behalf, automatically forging a connection to whichever connection they could find within range. It is a critical situation where hackers can effortlessly set up easy targets for sniffing file, credential information, individual identity, and data thieves or distributes harmful malware.

To understand this person, we need to know the following: Meaning of Public Wi-Fi

Public Wi-Fi denotes free available Wireless networks that are easily accessible to anyone without any security password or cost when using in public areas. It could be offered by the government, community institutions or commercial businesses as well. These Wi-Fi connections are provided in public areas such as shopping malls, cafes, public libraries, airports, and railway stations.

The most commonly used public Wi-Fi are those offered by the airports, restaurants followed by the hospitality departments. However, the public wireless network is usually used by youngsters as this group has smaller data plans. It makes them vulnerable to the attacks.

Type of Data used by the device under threat

Frankly, when an individual is using a public Wi-Fi network, they are willingly or unwillingly risking all types of existing and historical data information of their devices. There are several personal credentials, financial information, and location data stored in everyone’s mobile phone.

In addition to this, they do save their passwords of the social media sites, photos in the gallery and personal credentials, email accounts and banking accounts as well. These could easily be accessed by the malicious hacker which can wreck the lives of the users.

An opinion poll took place last year reported that much more people are aware of the use of Public Wi-Fi than the public toilets. On the contrary, a study by privatewifi.com found that almost 75% of the American users of internet said that they logged in to their personal email accounts using public Wi-Fi.

Therefore, when someone uses a Public Wi-Fi their data can be use illicitly by the following:

The Wi-Fi creator or Android app developers can easily access and use or sell the users location and whereabouts. These service manufacturers are usually known for transferring confidential information as unencrypted. So, anyone could intercept the data when it is traveling from the user to the data location of the service provider causing a big security risk.

When someone uses public Wi-Fi, their data can come under the purview of the regional and central system. The authorities can obtain the information on the user’s habits of browsing and associated other details. People could as well be under scanner in the name of national safety. In case, they will have no privacy while using public Wi-Fi.

There are several unique methods to access data and use it for the benefits of the hackers. Anyone’s confidential and corporate data can easily be collected to be sold into the dark websites. Bank account details as well can be hacked, and even illegal thefts can occur. The hackers consistently supervise the network traffic and check out for users who type passwords to log in to their accounts.

Protection from the Public Wi-Fi

There is a feature on many mobiles and windows computer that can recall any Wi-Fi network which has been connected in the past. They can even easily reconnect to them whenever they are in range without informing. However, in many systems, this competency is not enable by default.

There could also be an option such as "Forget this Network" on the devices. It can be used to remove the Wi-Fi hotspots which you don’t want to connect automatically.

Utilizing a virtual private network service will help to safeguard personal identity and data while using public Wi-Fi in various ways. Firstly, a VPN covers all the information coming from the system in the form of an envelope containing headers and metadata that covers an individual identity and the nature of data packets that is transmit over the network.

Secondly, the VPN also encrypts all the data passing through it, utilizing military strength algorithms. Hacking this encrypted code would ask for considerable time, energy and sources on the part of any hackers or other agencies who may try to hack through it.

Thirdly, the VPN services also function from an array of geographically scattered website servers. It is the IP addresses of these VPN servers that are linked to the connection.

Public Wi-Fi channels make it easier for cyber hackers to follow and extract confidential information, financial information and online documents. Therefore, it makes a sense for people to present them with limited opportunities to do so as much possible.

In fact, it means, restricting online activities and transactions on Public Wi-Fi. Hence, you don't require to make vulnerary your login credentials, password and card numbers. So, if you need to access internet banking, they could wait until they have access to a protected network at home or in the workplace. Using multiple factor authentication

Lastly, when you are using public Wi-Fi, selecting the option to use the multi-factor authentication on sites that someone typically visits, is a smart idea indeed. Using this requires a two or more-stage method for logging in and verifying individual identity.

Therefore, a site could ask for an individual account, name as well as a password, and then send an SMS security code to a mobile number. Or you might have to scan your fingeprint as a secondary measure of validation. In this case, even if a hacker manages to intercept the authentication at their first stage, they will for sure find it impossible to complete the second step authentication.

Not all snooping may be technical; someone just needs to aware of their surroundings too when they sit down to surf on Public Wi-Fi. Some hackers could be looking over them when they log in to various accounts and while using a credit card or net banking. So, the best thing to do is to keep yourself safe stay miles away from the reach of these hackers while using public Wi-Fi.

This post is tagged in:
Save
Subscribe to Posts by Hemendra Singh
Get updates delivered right to your inbox!

Will be used in accordance with our Terms of Service
More posts from Hemendra Singh
Add a blog to Bloglovin’
Enter the full blog address (e.g. https://www.fashionsquad.com)
Contact support
We're working on your request. This will take just a minute...
Enter a valid email to continue