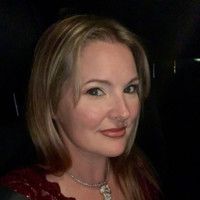 Nashville Tennessee things to do

Nashville is gorgeous in any season and it only gets better and bigger year after year. Don’t just take our word for it! Book a flight, pack a suitcase and go see it with your own eyes. Seeing is believing, they say. So, no matter how long you plan to stay here, we have invited the top real estate agents in Nashville to give us some tips on the things to do in the Music City. They know everything that’s going on in the city. Let’s just say that being a tour guide is part of their job description.

Sing your heart out on the Music Row

Nashville is the epicenter of the music industry, renowned nationwide for the country music stars who left such a huge legacy here. Obviously, tourism thrives on that and still exploits the success of country musicians who are no longer among us. When visiting the city, take your time to see the Country Music Hall of Fame and Museum. Admission costs $26 for adults and $16 for children 6 to 12 years of age. You may also purchase tickets for the concerts and musicals that take place in the CMA Theater.

After you familiarize yourself with the whole country-music thing and vibe, it’s time to dive right in the middle of the action on the Music Row’s honky-tonks. So hit the Broadway and mingle around. First stop? The Honky Tonk Central. But other places worth paying a visit to are Robert’s Western World, The Stage or Nudie’s. The last one claims to have the longest bar in Nashville and is actually 100 ft long.

If we were to describe the Music Row in one word it would be LOUD. The bars are so close and the speaker’s volumes are so high that songs mix and create a rather irritating cacophony. Anyway, it’s part of the experience.

For the hipster part of the city, you must go to East Nashville. You can spend your time and money shopping in local stores, partying as well as eating the best southern food, especially hot chicken. It has a completely different vibe than the over-crowded downtown area.

High on your Nashville Tennessee things to do list should be a walking tour in the heart of the city. While Nashville is huge and quite spread out, booking a hotel in the city center is a good idea, since you will be close to the most important tourist attractions. And if you end up falling in love with this booming city, you may even live downtown Nashville for the rest of your life. Real estate agents in Nashville TN have many lofts in their portfolios, located mainly in the downtown area. However, when it comes to architectural styles, Nashville is a feast for the eyes. From Tudor revival to Victorian houses, and from Ranch-style houses to contemporary architecture, there’s something for every taste.

Visit the unique museums of Nashville If you’re more into arts and history, one day won’t be enough to fully experience all that Nashville has to offer. The Frist Art Museum is only the tip of the iceberg. Remember that admission is free for all those under 18, while adults pay $15 and seniors only $10. Maybe one of the most interesting exhibitions is titled “Murals of the North Nashville Now” which displays the magnificent street art found in that historic neighborhood. It can be visited until January 5th, 2020.

Other museums that deserve to be on the Nashville Tennessee things to do list are: Built in 1897 for the Centennial Exposition, this full-scale replica of the Greek Parthenon is simply mesmerizing. What’s really impressive though, is Athen’s statue - the tallest indoor statue in the US. But the Parthenon is mainly an art gallery featuring both permanent and temporary exhibitions. To visit this outstanding architectural masterpiece adults will have to pay $6 while children’s admission costs $4.

Previously known by the name of LP Field, now, the Nissan Stadium is the home of the Tennessee Tigers. However, if you want to get the first-hand experience at a hockey game, don’t stay in front of the TV. Come to Nashville and buy a ticket to see the Nashville Predators melting the ice of the Bridgestone Arena. But all these great stadiums are also used for concerts. So, this city can really make your city-break memorable.

If you still have time and can afford to rent a car, include a visit to the Cheekwood Estate and Gardens on your Nashville Tennessee things to do list. Although admission is fairly expensive ($20 for adults and $13 for youth ages 3-17), it is an oasis of silence and beauty, in striking contrast to the Music Row. Plan your visit during the spring or in the summer, but if you happen to be in Nashville during the winter holidays, the lights display is fabulous. Back in the city, jump on a Hop-on Hop-Off bus and make a last tour of the city. Or take a bus and try to live one day like a local. There’s so much left to discover that you might want to come back again and again.

This post is tagged in:
Save
4 loves
Subscribe to Posts by Theresa Hus
Get updates delivered right to your inbox!

Will be used in accordance with our Terms of Service
More posts from Theresa Hus
Add a blog to Bloglovin’
Enter the full blog address (e.g. https://www.fashionsquad.com)
Contact support
We're working on your request. This will take just a minute...
Enter a valid email to continue